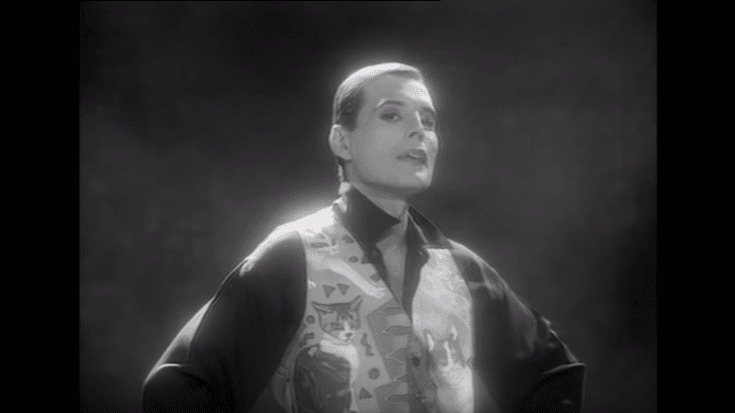 Freddie Mercury passed away on November 24, 1991 at 45 years old. And the world was never the same.

For years, there have been rumors that the iconic frontman was already battling some serious health issues but he neither confirmed nor denied anything until prior to his death. In the last year of his life, Freddie was a social recluse. While he used to throw lavish parties for his friends, this time, he rarely showed up in public as his health continued to deteriorate.

Even so, he still worked. From filming a music video to recording music, there was no stopping him from doing what he loved most. He didn’t perform live in 1991 but he also didn’t rest. When he revealed to his bandmates what he was going through, he told them according to Brian May: “I don’t want it to be known. I don’t want to talk about it. I just want to get on and work until I fucking well drop. I’d like you to support me in this.”

Throughout his ordeal, however, one person stayed close to his side – Mary Austin. She used to be in a relationship with him but even after calling it quits, they remained close friends. She became his caretaker even though she was married, had a child, and was pregnant. Freddie actually spent his last Christmas in December 1990 with Mary Austin and her family. And so it came as no surprise that after he passed away, he left her his home and roughly half of his fortune.

Queen released their fourteenth studio album “Innuendo” on February 5, 1991 and it was the last LP in Freddie’s lifetime. On May 30, 1991, Queen filmed the music video for “These Are the Days of Our Lives” which would end up becoming Freddie’s final MV. The black and white version somehow concealed just how pale he looked. He was a shadow of his former energetic self which made it more heartbreaking. The single was also released in the US on Freddie’s 45th birthday – making the track much more special to Queen and fans alike.

The behind-the-scenes footage, however, showed a different side to Freddie – how despite being in pain and looking frail, he still continued to work.

A day before his death, Freddie released a statement that read: “Following enormous conjecture in the press, I wish to confirm that I have been tested HIV positive and have Aids. I felt it correct to keep this information private in order to protect the privacy of those around me.

“However, the time has now come for my friends and fans around the world to know the truth, and I hope everyone will join with me, my doctors and all those worldwide in the fight against this terrible disease.”

Freddie’s longterm partner Jim Hutton didn’t believe that Freddie wrote it. Hutton said, “He couldn’t have done. He wasn’t capable. His manager, Jim Beach, released it. I don’t think he would have wanted it. He wanted his private life kept private.”

On November 24, 1991, the whole world mourned the loss of Freddie Mercury.