The English Beat Drummer Everett Morton Passed Away At 71 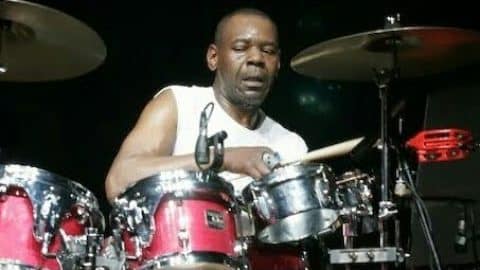 Another Music Pioneer And Legend Gone

Another sad news that we hear the passing of The Beat’s drummer Everett Morton. Morton was born in April 6, 1950. He was musically known behind the drum throne of the early 1980’s ska band, The Beat. Their music was known as a fusion of ska, soul, reggae, pop, and punk.

He was known to be one of the reasons of The Beat’s unique sound. He used syncopation and polyrhythms for his drumming style that you don’t get to hear so much back in those days. We were lucky enough to scour the internet and find one of The Beats’ performance back in 1980s. The performance was in Berkeley Community Theatre. Like some of you, it was a long time ago when we last heard about The Beat and this concert made us remember how awesome their shows is. Back in those days, you can actually say that their a fusion experimental band with their use of polyrythyms and unorthodox sounds in their songs.

So watch the legend of Everett Morton and The Beats below; Rest in peace Everett.