The Eagles’ Return Is Approaching Quick And This Member Is Ready For What The Future Holds! 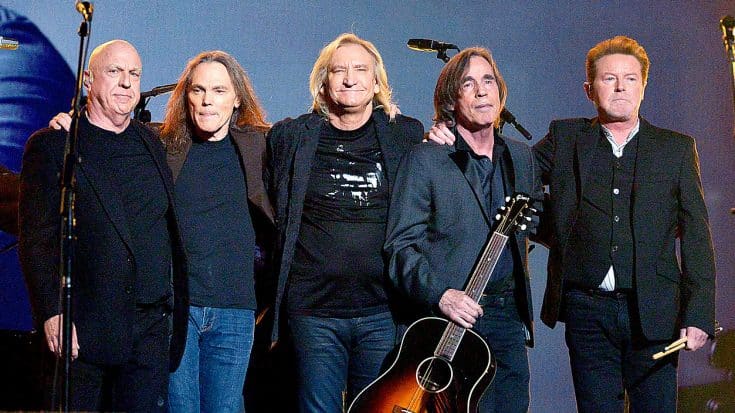 Timothy B. Schmit Is Optimistic About The Future Of The Eagles

Just a few months ago, it was announced that The Eagles would be returning to the stage even after they had stated that they most likely would not be returning. When Glenn Frey passed away in January of 2016 it sent a shockwave of sadness throughout the entire music community. He was without a doubt one of the most beloved and iconic musicians of all time. He may no longer be with physically, his spirit lives on through his music.

The band will be performing at the inaugural Classic West And East in July, and initially, when fans heard about The Eagles returning without Glenn Frey, reactions were mixed, but Timothy B. Schmit feels good about it.

Schmit speaking to Cleveland’s Pain Dealer on when the band reformed in 1994: “Don Henley also said we would never reform after we broke up the first time, then we went on to play for 21 more years.”

Schmit when asked about Frey’s passing: “As time goes by, it sinks in more and more, and it becomes a little more settled. It’s a tragedy, but it just was and is. Life goes on, and it’s been long enough now that we can sort of reorganize.”

It’s apparent that Timothy B. Schmit has a positive outlook on things. The decision for The Eagles to reunite is a bold one, but it’s one that we should respect. The Eagles truly are one of the greatest rock bans of all time and if we can be sure of one thing it’s that The Eagles know what is best for them. What do you make of all of this? Do you agree with Timothy B. Schmit? Let us know what you think in the comments!