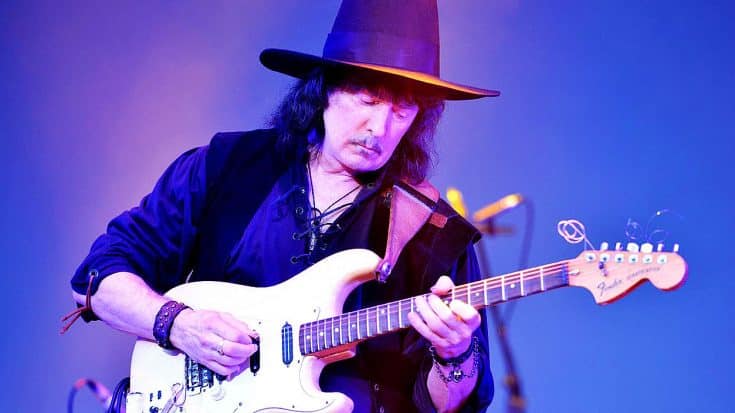 New music in the works!?

Former Deep Purple guitarist Ritchie Blackmore is set to make his triumphant return! After preaching at the beginning of the year and late last year that he’d lay low in 2017, the guitarist broke that promise to himself, and announced a brand new 21st century incarnation of his side project Rainbow.

Ritchie has pieced together a new version of Rainbow, and is setting up a brand new album. Ritchie said that recently he was in the studio, and ended up recording songs for Blackmore’s Night and two brand new songs with Rainbow. Ritchie opted not to rehire vocalist Joe Lynn Turner, and instead hired Ronnie Romero. Blackmore said that the reasoning behind this, is to emulate the Dio days of the band. He feels that European fans will appreciate the sound more, compared to Turner’s.

We can’t wait to hear what the new reincarnation of Rainbow has to offer! We’ll keep you posted on when we hear more news!