The Eagles Pull Off A PERFECT Live Rendition of “Hotel California” – Purely Amazing! 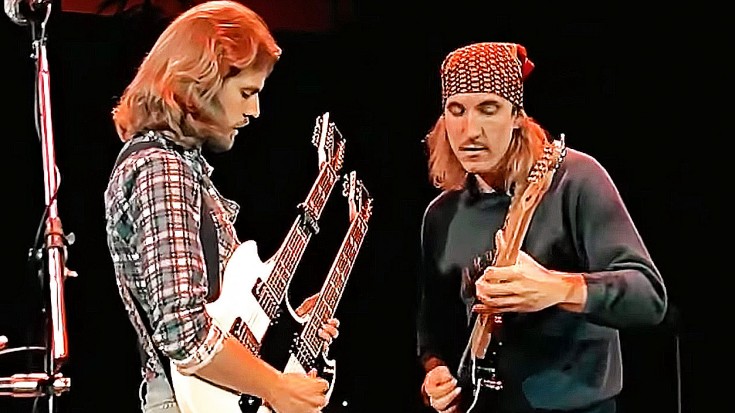 Easily the greatest performance of their most popular song

The Eagles 1977 performance of “Hotel California” at the Capital Centre is considered one of their greatest live performances of all time. It’s extremely hard to differentiate between the studio and this particular live version of the song, because they play it so perfectly. Eight songs from the concert were included on the release of the Eagle’s 2013 documentary History of the Eagles, but it’s “Hotel California” that has kept us captivated all of these years.

Fun Fact: According to SongFacts.com, Don Henley says, “We were all middle-class kids from the Midwest. ‘Hotel California’ was our interpretation of the high life in Los Angeles.”

On this live recording of “Hotel California,” not one note is missed or altered, every instrument is perfectly in tune and the rhythm is on point. Don Henley’s vocals are studio quality, and the dueling guitar solo between Joe Walsh and Don Felder in the final 2 minutes of the performance is out of this world. It honestly holds everything that embodies a perfect live performance!

Check out the video below to see for yourself!