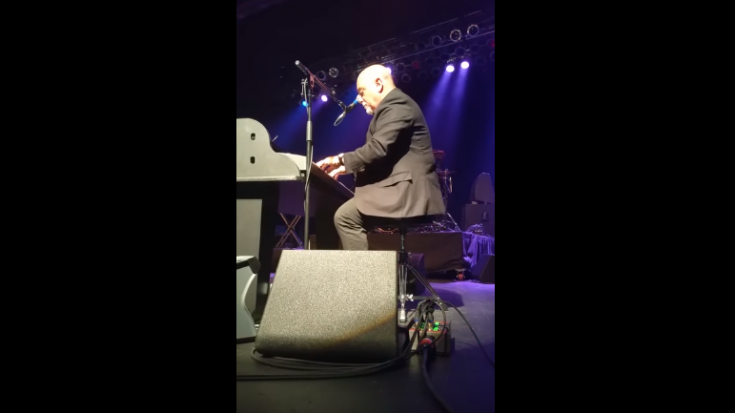 When you want to see the Piano Man himself, you go to his sold out show at the Madison Square Garden in New York. So when Long Islanders went to the intimate Paramount Theatre (a much smaller venue near Joel’s home) on June 24 to see Big Shot, a cover band, they saw the last man they expected to see — Billy Joel in the flesh. No, he didn’t just go there to watch them sing their own rendition of his melodies, he actually crashed the stage and joined them for a three-song set!

Joel sang Joe Cocker’s version of the Beatles classic “With A Little Help From My Friends,” Rolling Stones’ “Honky Tonk Women” and “You May Be Right” mixed with Led Zeppelin’s “Rock ‘n Roll.” Performing as Big Shot is simply a side gig because these guys are also Joel’s backing band for his residency at the Garden and members of his touring unit. Joel was merely dropping in to watch them in action!