The Doors Are Streaming New Mix Of 1969 “Wishful Sinful” – Listen 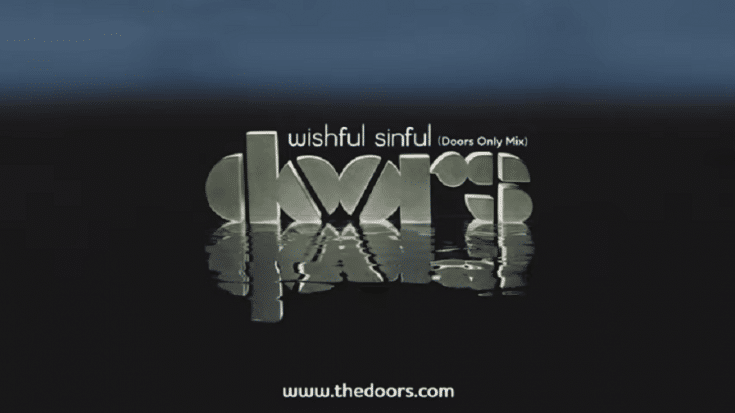 Sans The Horns And Strings Arrangement

The Doors just released another preview of the The Soft Parade 50th Anniversary Deluxe Edition – it’s a new mix of the single Wishful Sinful. This is one of five tracks labeled “Doors Only” which have been stripped down – these versions are without the controversial string and horns. In Wishful Sinful, it also features new guitar parts by Robby Krieger. The box set will be released as a 3-CD, 1-LP collection. It’s also limited to 15,000 copies.

The Soft Parade was a total departure from the sound of their first three albums. And since Jim Morrison wasn’t too involved in writing the songs, Robby Krieger stepped up and took over the songwriting duties. Although it peaked at #6 on the US Billboard 200, it was their lowest charting LP in America.

In an interview with Guitar World, Krieger talked about The Soft Parade. He said, “Actually, it does sound better with time. But I never thought it sounded bad—I just thought it didn’t sound like us. The Doors were lost. It was Jim and the orchestra.”

He also admitted that, “In those days you had to try to keep up with the Beatles! But, to be honest, I didn’t really like orchestrating the songs. It definitely wasn’t my idea—it was Paul Rothchild’s. I never would have done it.”

Check out the Doors Only Mix below.