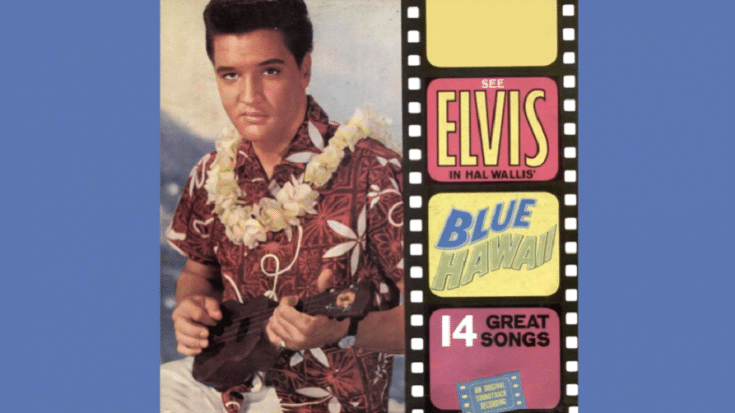 It Has Its Charms

Elvis Presley had over two dozen albums and so it comes as no surprise that a few of them won’t be excellent. Blue Hawaii is the soundtrack album to the comedy film of the same name. It was a commercial success. It topped the US Billboard 200 for 20 weeks and was certified gold just two months after its release. It even received a Grammy Award nomination for Best Sound Track Album or Recording of Original Cast from a Motion Picture or Television.

There’s nothing groundbreaking or innovative about it but it’s a solid effort. The album’s coherent and it does make you feel as though you’re on a tropical adventure with no less than The King. It’s not in the same league as From Elvis in Memphis or A Date with Elvis but it does have its moments.

The album kicks off with the title track which sets the mood and has that dreamy feel. It’s a good enough opener. Almost Always True is fun to listen to but nothing special. Aloha ‘Oe is somehow necessary because this Liliʻuokalani-composed song is a popular tune in Hawaii. No More is a wistful and nostalgic number. Then comes the highlight – Can’t Help Falling in Love. It’s one of his greatest ballads – a timeless classic that remains well-loved today. He often performed it as finale for his concerts in the ’60s and ’70s. Rock-A-Hula Baby is an up-tempo song with a rock ‘n roll flavor. Moonlight Swim sticks to the theme but is rather forgettable.

Ku-U-I-Po is one of our favorites. You can almost feel the cool breeze and smell the ocean while listening to it. Ito Eats and Slicin’ Sand are both fillers. Hawaiian Sunset is good but doesn’t stand out. Beach Boy Blues doesn’t do much for the album and is a bit bland. Island of Love is a relaxing tune that makes you want to fly to Hawaii ASAP. Hawaiian Wedding Song is a lovely ballad that wraps up the whole record nicely.

Blue Hawaii is enjoyable but that’s all there is to it. There are a few standouts and some fillers. Nevertheless, it served its purpose – the songs fit the movie perfectly. It’s not Elvis Presley’s strongest effort but it’s not his worst album either.