The Doobie Brothers Performing “Jesus Is Just Alright” Is More Than Alright! 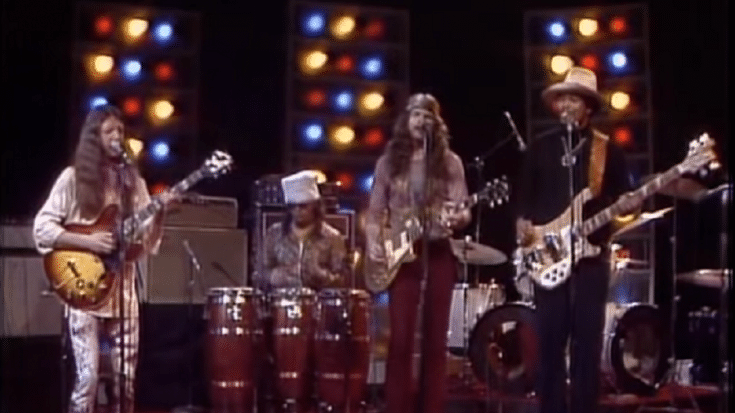 This Is Way Too Good!

Don’t you miss being back in the 1970s when you can turn on the TV late at night and witness epic performances like this? On February 16, 1973, The Doobie Brothers appeared on The Midnight Special and performed some of their hits including their cover of “Jesus Is Just Alright”.

Originally recorded by The Art Reynolds Singers in 1966, The Byrds also recorded their own rendition but it wasn’t a huge hit. The Doobie Brothers’ version was a success and it peaked at #35 on the US Billboard Hot 100. Lead vocalist Tom Johnston told SongFacts:

“The funny thing about that, we weren’t anti-religious. We weren’t anything. We were just musicians out playing a gig. We didn’t think about that kind of stuff very often.”

Thanks to The Doobie Brothers, this became a popular Christian track in the ’70s. Not surprisingly, they were at the top of their game in this particular era. That doesn’t necessarily mean they have retired though. On the contrary, they’re still touring. In fact, they will wrap up their tour this November 16 at Savannah, Georgia. Some of their summer dates are with Santana.

They’re not showing any signs of slowing down and are still rockin’ out!