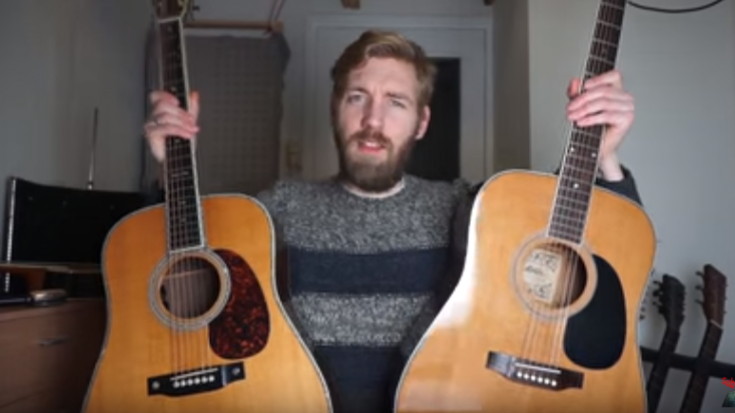 I’ve also wondered the same thing — what’s the real difference between an expensive and a cheaper guitar? I mean, if you’re going to pay for thousands of dollars, it better be more than just the brand name right? Guitar instructor Paul Davids tries to compare two of his guitars — a Motion TD-107 and a Martin D-42. Paul played The Beatles’ “Here Comes The Sun”, Ed Sheeran’s “I See Fire”, John Mayer’s “Who Says”, Cold Play’s “Fix You”, a Bluegrass lick and Avicii’s “Wake Me Up”. He also said:

“Both guitars are miced exactly the same way: Same distance to the mic; same angle to the neck; same height, same room temperature; same humidity; same dude playing the songs; same gain on the pre-amp; same output level of the track used in the DAW.”

Most guitar players would agree that there’s a notable difference in tone. Some said that the Martin was warmer, deeper and had more clarity but then again, the huge price tag may be a deal breaker.