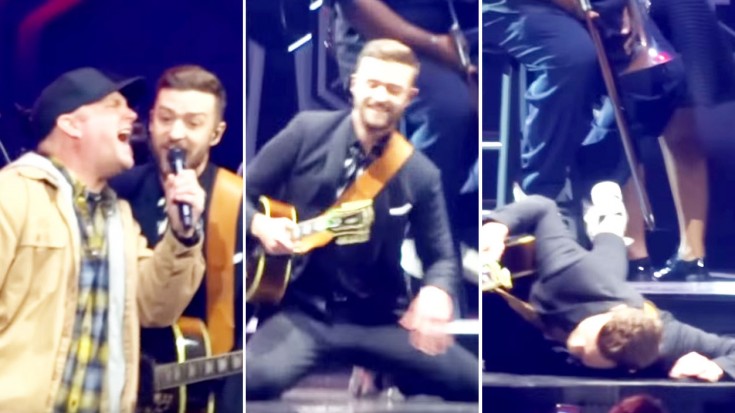 So apparently, Justin Timberlake has friends in all places including country star Garth Brooks. He used to be a surprise guest during one of JT’s concert 2 years ago. And of course, both musicians teamed up for an unforgettable performance of “Friends in Low Places.” Recently, when JT turned 35, Garth showed up at the sold-out show in Baltimore’s Royal Farms Arena and asked the audience to sing “Happy Birthday” along with him.

You have to love this spirited rendition. And it was a great surprise for the audience too. Who’d expect to see two icons in one stage?