The Curious History Of ‘Ebony and Ivory” 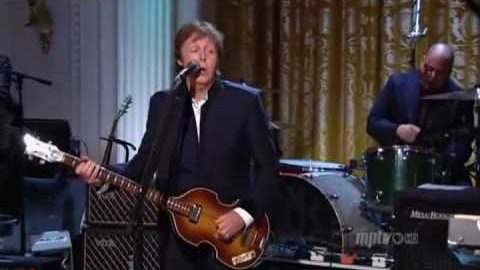 It is a fact that not everyone will get the message of a song from the artist’s perspective. There are plenty of cases where a song has been given many misinterpretations by its listeners, and often times get the artist criticized by such meanings.

One of the famed songs that fallen into the similar situation is Paul McCartney’s “Ebony and Ivory” from his 1982 third solo studio album Tug of War.

Over the years, it’s already been said that the former Beatle wrote the song inspired by a phrase from the Irish actor Spike Milligan, who said, “Black notes, white notes, and you need to play the two to make harmony, folks!” which later on McCartney explained:

However, the song received a lot of criticism, even more so due to the fact that McCartney featured Stevie Wonder to duet with him. He previously said:

The message confused many as they conceived the song to be just a way of McCartney to stay relevant by talking about racial harmony. He once said in an interview:

“When I wrote the song, I thought, ‘Maybe we don’t need to keep talking about black and white. Maybe the problem is solved. Maybe I’ve missed the boat; maybe it should have been written in the ‘60s.’ But after I’d written it and we recorded it, you look around and there’s still tension.”

In result, “Ebony and Ivory” had parodies from shows like Saturday Night Live and South Park, but throughout the years there are still fans who continue to love the song for what it means and how it was performed by two great artists.