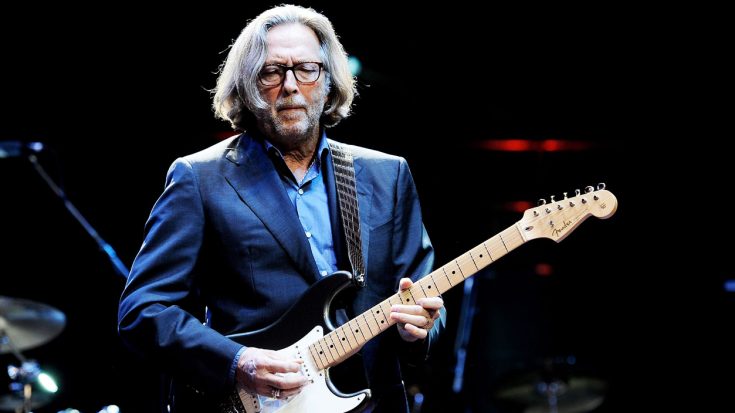 Over the years, Eric Clapton has switched from a different guitar to another, thus continuing to make his signature style. He also bounced from one group to the other and eventually played as a solo artist, but he kept his tone through the years and it’s all thanks to all the axes that are special to him. We listed down five of Clapton’s iconic guitars that became a part of his musical journey, take a look below.

1. The ‘Beano’ Gibson Les Paul
In the 1960s, Clapton has used several guitars before falling for the strings of the Gibson Les Paul. His guitar was dubbed as “Beano,” after being a part of the 1966 album by John Mayall & the Bluesbreakers, where he can be seen on the cover reading a Beano comic. Eventually, the Beano got stolen in the same year, and Clapton had to replace it with another Les Paul.

2. ‘The Fool’ Gibson SG
In 1967, Clapton wanted to give his 1964 Gibson SG guitar a new look, so Cream’s manager Robert Stigwood gave the guitar to The Fool, Dutch design collective and band in the psychedelic style of art. The Fool were very popular in the British music scene, they were also the ones responsible for the giant mural outside of The Beatles’ Apple Boutique.

Clapton got his newly painted guitar and named it after the art collective. He went on and use it as one of his main instruments with Cream. He played with ‘The Fool’ while recording Disraeli Gears (1967), Wheels of Fire (1968), and Goodbye (1969). Later on, the guitar was passed on to George Harrison, Jackie Lomax, and eventually Todd Rundgren who restored it in 1972.

3. 1957 ‘Lucy’ Goldtop Gibson Les Paul
Since the has gone missing, Clapton experimented with lots of Les Paul to get the same sound he made playing with the Blues Breakers. Until he got his hand on a 1957 Goldtop Gibson Les Paul while on tour in New York. The guitar was previously owned by both John Sebastian and Rick Derringer. Because of its red color, he named it “Lucy” after the redhead comedian Lucille Ball.

Although, during that time, Clapton was already using his Gibson ES-335, a Gibson Reverse Firebird, and a 1960 Sunburst Les Paul, so Lucy was passed on to George Harrison. Eventually, Clapton reunited with Lucy when Harrison asked him to take part and play a solo on the 1968 Beatles song “While My Guitar Gently Weeps.”

4. 1956 ‘Brownie’ Fender Stratocaster
In the early 1970s, Clapton switched to Fender Stratocasters. Mainly because of his influenced by Buddy Guy’s and Buddy Holly’s work. He bought his first Strat for $400 at London’s Sound City while he was touring with Cream. It was a 1956 model that had an alder body, maple neck, skunk-stripe routing, and black dot inlays. Because of its two-tone sunburst finish, he named it “Brownie.”

Clapton used it exclusively both live and in the studio. It was also seen on the cover of his self-titled 1970 solo debut and can be heard on Derek and the Dominos’ only album Layla and Other Assorted Love Songs. Later on, Clapton sold Brownie through a charity auction to raise funds for his Crossroads Centre for drug and alcohol rehabilitation in 1999.

5. 1956-57 ‘Blackie’ Fender Stratocaster
After “Brownie,” Clapton began searching for more mid-50s Strats. He found the 1956-57 Fender Stratocaster and dubbed it as “Blackie” because of its jet black body finish. Blackie can heard on Clapton’s famous songs, such as “Cocaine,” “I Shot the Sheriff,” and “Lay Down Sally.” He used onstage during the 70s and 80s and became his number one guitar for nearly 20 years. Just like his other guitars, Clapton sold the Blackie at auction in 2004, where it was purchased by the American retailer Guitar Center for $959,500.