The Cover Performance Of Coldplay And Michael J. Fox Is Just Epic 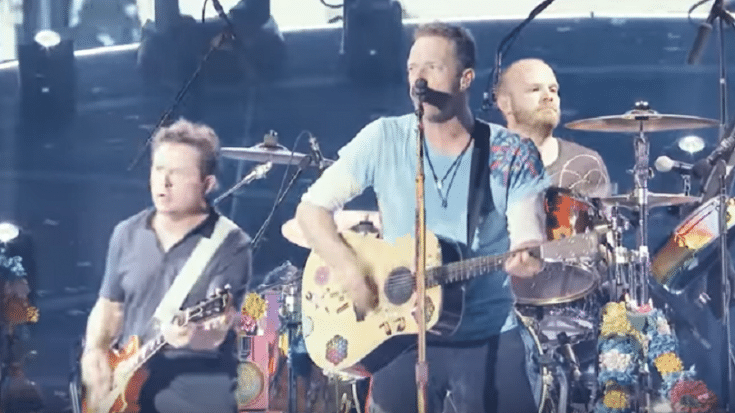 On July 17, 2016, Coldplay was joined by a very special guest on stage – “Back to the Future” actor Michael J. Fox. The band shared the footage of this epic performance back in 2016 at New Jersey’s MetLife Stadium. Before launching into Chuck Berry’s 1958 iconic hit “Johnny B Goode”, they introduced Fox with a video request from frontman Chris Martin’s son asking him to play “a song from both of our favourite movie.”

This isn’t the first time Fox collaborated with Martin. In 2013, they performed together at the Michael J. Fox Foundation Gala.

Fox was only 31 years old when he was diagnosed with Parkinson’s disease. He kept it a secret from the public until six years later, in 1998, when he fully disclosed his health problems. Since then, he’s become an active advocate in finding the cure for this degenerative disorder which is why he established his own foundation.

“It’s because I had certain optimistic expectations of myself, and I’d had results to bear out those expectations, but I’d had failures too. And I hadn’t given the failures equal weight.”

It’s an ongoing battle and he remains an inspiration to so many people especially with his strength and optimism. Check out the video of their performance below.