The Best Michael Jackson Drum Solo – He’s From Another Planet 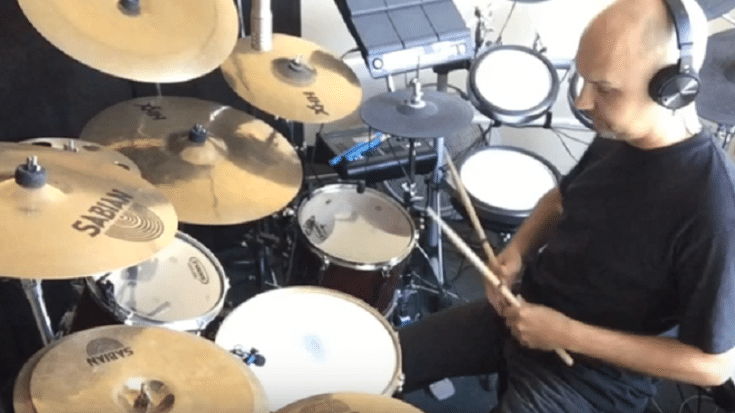 How Good Is This?

Who can forget Michael Jackson’s iconic line “Mama-say, mama-sa, ma-ma-ko-ssa” in his 1983 classic hit “Wanna Be Startin’ Somethin'”? Some of us dont’ even know what we’re saying but we can’t help but sing and dance along to these repeating lines. It’s the dance pop tune to end all dance pop tunes. Okay maybe that’s a bit of a stretch but you know what we mean.

If you like this track, then you’re gonna love this improvised drum solo by Joe Goretti. In just a little over a minute, he shows us how much of a beast he is behind the kit. It doesn’t matter if he’s not overly flashy, he gets right down to it and nails it.

There’s no fluff, just pure talent and mad drumming chops. It’s seriously one of the best Michael Jackson drum covers we’ve seen. The King of Pop would be so proud.

Michael launched the BAD tour in Japan at Korakunen Stadium in Tokyo on September 12, 1987 to a sold-out crowd of 38,000. One of the fans who attended, an 18-year old named Ikuko Yamamoto, told a reporter “Even if I don’t understand the lyrics, his melodies go straight to my heart. He’s magic.” The headline of that New York Times story? “Michael conquers Tokyo.”

“Wanna Be Startin’ Somethin'” was a commercial success worldwide as it cracked the Top 20 charts in several countries. This is despite the fact that there was no music video to promote it unlike his previous singles in the “Thriller” album.

“The rhythm arrangement (by the Prince of Pop himself) is a complex interweaving of drum-machine patterns and work by percussionist Paulinho da Costa, while the horn arrangement by Jerry Hey is brassy and precise.” – AllMusic’s John Bush

It is indeed ‘complex’ because during the recording, various drum machines were used. There’s a lot of work involved with the backing track alone – how many sounds had to be combined to achieve that catchy, dance-able tune. And we’re pretty sure MJ loved it.

In an interview with Good Morning America‘s Chris Connelly, he was asked what his happiest moment in his whole career was. He answered:

“The happiest? The recording of Thriller and Off the Wall… that meant very much to me, and seeing it received so beautifully by the public and the world, I enjoyed it very much.”