Stevie Nicks Just Shared Some Incredible News, And Her Joy Is Contagious 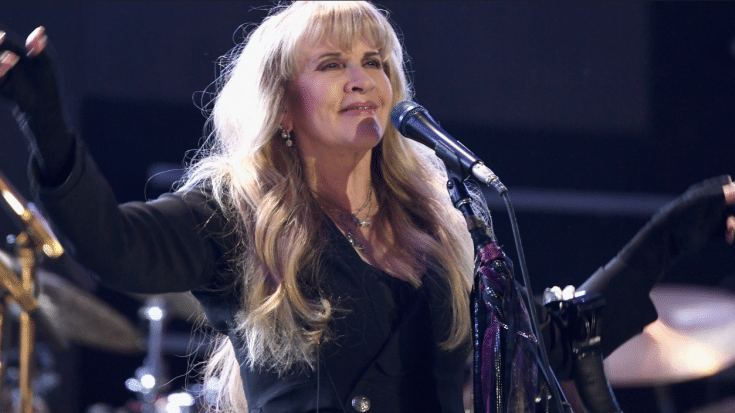 Stevie Nicks is having the best month ever, and no one can tell me otherwise!

Just a few short days ago she and her Fleetwood Mac bandmates hit the road for the first time since the departure of guitarist Lindsey Buckingham earlier this year, dusting off deep cuts and well loved favorites as their world tour kicked off in Tulsa, Oklahoma.

Now, just a few short days into the month, Ms. Nicks has a brand new reason to smile: she’s officially up for nomination into the Rock and Roll Hall of Fame as a solo artist.

Wow, what an honor. Stevie Nicks has been named a Rock & Roll Hall of Fame 2019 nominee. You can vote for her 1x / day until Dec. 9th at www.rockhall.com/fanvote #RockHall2019

Nicks, 70, took to her social media accounts this morning to share the news with her fans, calling her nomination “an honor”. If selected for induction into the Rock and Roll Hall of Fame when voting closes on December 9th, Stevie would bear the distinction of being in the Hall twice – once with Fleetwood Mac, inducted in 1998, and again as a solo artist.

Rock And Roll Hall Of Fame Induction – How Do Artists Get In?

To be considered, bands and artists must meet the following criteria:

Judging by the massive musical legacy she’s achieved both on her own and with Fleetwood Mac, Stevie clinching the nomination to take her rightful place in the Rock and Roll Hall of Fame is all but assured – but to be totally fair, she’s in pretty good company this year, joined by nominees Todd Rundgren, The Zombies, MC5, The Cure, Radiohead, Rage Against the Machine, Janet Jackson, John Prine, DEVO, Kraftwerk, Def Leppard, Roxy Music, LL Cool J (?) and Rufus & Chaka Khan.

Welcome to the official #RockHall2019 Nominee ballot reveal, from the Hall of Fame in Cleveland. Cast your first Fan Vote ballot presented by @KlipschAudio here: https://t.co/F4NQPnsAHL & head over to @siriusxmvolume for full artist discussions all day https://t.co/4i4lMLz8FH

You can vote once per day from now until December 9th, after which the top 5 vote-getters will be added to a “fan’s ballot” and factored in alongside results from the “more than 1,000 artists, historians and members of the music industry” who make up the Hall’s voting body. Once voting wraps, the official inductees will be announced.

Voting is open, so be sure to head on over and cast your vote for who you’d like to see inducted into the class of 2019!