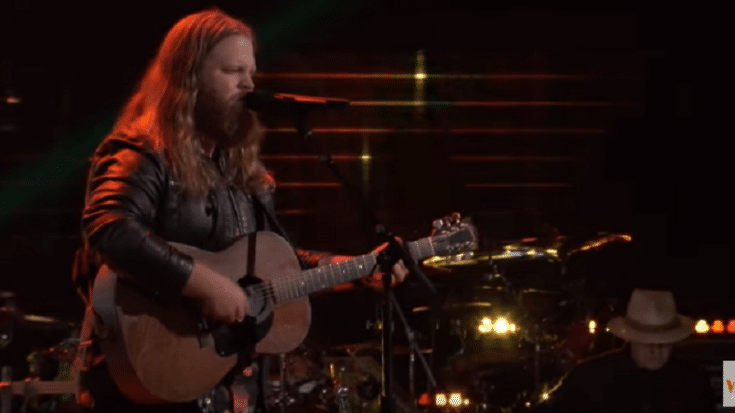 Can we quickly talk about Kelly Clarkson singing along? We totally love that part! But why didn’t she turn around though?

Nevertheless, this is definitely one unforgettable performance. We might as well leave our jaws on the floor because the moment he started singing, we were mind-blown. He sings with so much power and finesse, you can’t help but wonder, why isn’t he filling out stadiums yet?

This is what real talent sounds like – no fluff, theatrics or auto-tune BS. It’s the kind of voice you want to listen to when going on a road trip or while chilling on a weekend. He plays the guitar almost effortlessly too even when we know that Stevie Ray Vaughan tunes aren’t the easiest songs to perform. The man’s a beast in axe-slinging!

And so we think Chris Kroeze picked the perfect song to play. “Pride and Joy” suits his voice perfectly and he also displayed some serious guitar chops!

He deserves to have the four judges turn around for him, to be honest. This isn’t the kind of talent you see every day. And his homage to SRV takes us back. It’s everything you could ever want and more. We’ve seen several other cover versions but this one is something else.

“Sure, if I’m not confident in what I’m doing, I shouldn’t be up there. I don’t mean that to sound presumptuous but that’s what I ‘m supposed to be doing. If I’m not going to be confident and it’s not going to sound that way, who else is going to pay attention to it. That’s the way it’s been all along. I haven’t had another job since I was 12 1/2. I never did look at it any other way.” – Stevie Ray Vaughan

From the get-go, you can tell Chris Kroeze has that “IT” factor. We’re definitely rooting for him.