Love B.B. King? “The Thrill is Gone” By Contestant Hits It Out Of The Park 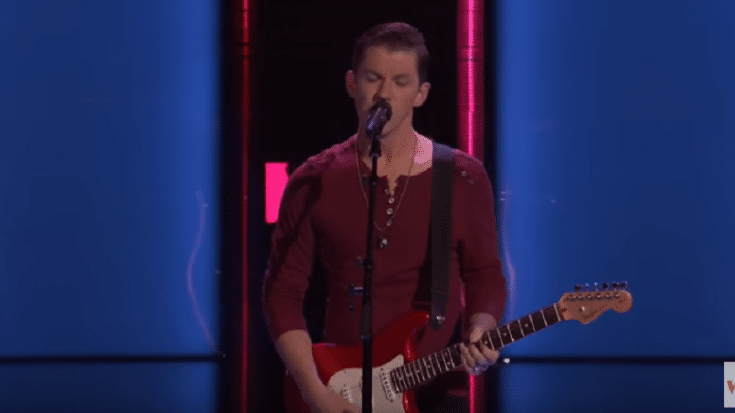 He impressed the heck out of everyone. If you were there, you’d be blown away too. We can only imagine how epic it is to listen to his live. It’s the cover we never thought we needed. And we have no doubt, B.B. King is smiling down from heaven – he’d be proud of this guy!

Michael Lee’s Blind Audition floored everyone including the judges. We’re pretty disappointed the FOUR of them didn’t turn around but the moment Blake Shelton did and Michael was all smiles, you can tell which team he was going to pick.

We’re living for those bluesy vibes and we’re glad people like him kept the blues alive. Not everyone can pull off those notes. Oh and he can play the guitar to boot! This guy’s the total package. We can’t wait to hear more from him. His raspy voice is powerful and yet somehow calming at the same time. And clearly, he did justice to this classic tune.

Although it wasn’t originally his, B.B. King’s version was his biggest hit. He was propelled to legendary status and became an important figure in blues.

“Sometimes I forget who I am. When I’m on the stage, I won’t be thinking about, hey, boy, I’m something else. I’m thinking about trying to tell this story that I want you to understand… Even if I don’t have all the words, I’m doing my best. That’s the same way I think about the music.” – B.B. King

Aside from being one of his signature songs, it also cracked the Top 20 of the Billboard Hot 100. And several other artists recorded their own versions of the song including Aretha Franklin, Jerry Garcia and David Grisman, Willie Nelson, The Marshall Tucker Band, and most recently, by blues prodigy Christone “Kingfish” Ingram.

Michael Lee sure made us fall in love with the blues all over again!