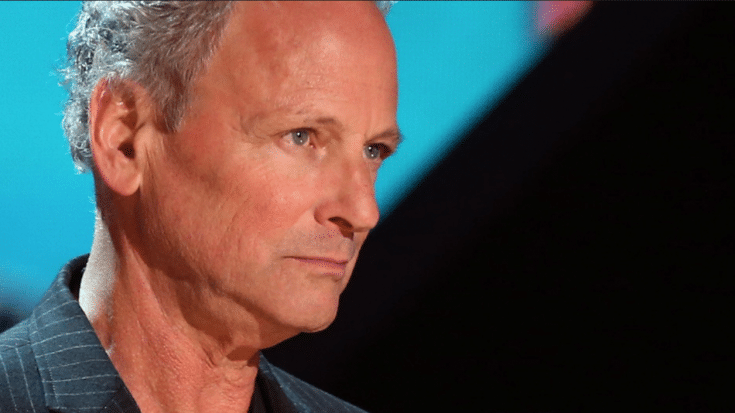 The last few months haven’t been easy for Lindsey Buckingham.

The 69-year-old former Fleetwood Mac guitarist was fired earlier this year, an event that we know now he never saw coming. He revealed to Rolling Stone last week that there was never any indication that he would be forced to leave Fleetwood Mac and was completely blindsided when manager Irving Azoff contacted him during the Grammy Awards to let him know that he was “being ousted” from the band he’d spent the better part of his adult life in.

Then, on Friday, it was announced that he’s suing Fleetwood Mac to the tune of $12 million – the amount he stood to gain from the band’s 2018-2019 world tour.

But despite how shockingly painful it was for Fleetwood Mac fans to say goodbye to Buckingham’s presence in the band, there’s some comfort in knowing that he fought like hell to stay in the band and settle their differences as evidenced by the emotionally charged email he sent to Mick Fleetwood about a month after his dismissal.

“In the month since MusiCares, I’ve tried to speak to both you and Stevie (Nicks), to no avail. I’ve only gotten radio silence this whole time. (I haven’t tried Chris (tine McVie) as I thought she might be feeling a bit fragile.) I even emailed John (McVie), who responded that he couldn’t have contact with me… All of this breaks my heart.

After forty-three years and (with) the finish line clearly in sight, it’s hard to escape the conclusion that for the five of us to splinter apart now would be doing the wrong thing. Wrong for the beautiful legacy we’ve built together. Wrong for our legions of loyal fans who would hate to see the final act be a breakup. Wrong for ourselves, and all that we’ve accomplished and shared together…

If there is a way to work this through, I believe we must try. I love you all no matter what.”

As we reported late last week, Lindsey Buckingham announced that he had filed a lawsuit against his former bandmates, citing “breach of fiduciary duty, breach of oral contract and intentional interference with prospective economic advantage” as the basis of his complaint, according to documents obtained by Rolling Stone.

He issued a statement to Rolling Stone regarding the suit. It reads:

“Last January, Fleetwood Mac made the decision to continue to tour without me. I remain deeply surprised and saddened, as this decision ends the beautiful 43-year legacy we built together.

Over the last eight months, our many efforts to come to an agreement have unfortunately proved elusive. I’m looking forward to closure, and will always remain proud of all that we created, and what that legacy represents.”

As we reported earlier this year, Buckingham, 69, was fired from Fleetwood Mac and replaced with Mike Campbell of Tom Petty and the Heartbreakers and Crowded House’s Neil Finn just months before the band was slated to hit the road on a lengthy world tour.

Thank you for an exciting first night, Tulsa! What a way to kick off the tour! pic.twitter.com/geKx0pntiN

How Did We Get Here?

For the most part, Buckingham remained silent regarding his exit from Fleetwood Mac, allowing his former bandmates to tell their side of the story.

This week, he revealed in a tell-all interview that Stevie Nicks was the catalyst for the band’s decision to fire him, citing a phone call with manager Irving Azoff in which Azoff said, “Stevie never wants to be on a stage with you again.”

Taking it to mean that Stevie was quitting the band, Buckingham emailed drummer Mick Fleetwood for answers. When he didn’t hear back, he got back in touch with Azoff to hopefully clear up some of the confusion – and the answer couldn’t have been more shocking.

“I called Irving and said, ‘This feels funny. Is Stevie leaving the band, or am I getting kicked out?’ ” to which Azoff replied with the news he was, in fact, “getting ousted” due to Nicks issuing “an ultimatum: Either you go or she’s gonna go.”

While no one in Fleetwood Mac has responded to either Buckingham’s tell-all interview or the lawsuit, a representative issued a statement to Rolling Stone:

“It’s impossible for the band to offer comment on a legal complaint they have not seen.

It’s fairly standard legal procedure to service the complaint to the parties involved, something that neither Mr. Buckingham nor his legal counsel have done. Which makes one wonder what the true motivations are when servicing press first with a legal complaint before the parties in dispute.”

Lindsey is right; a 43 year legacy deserved so much more than an ending like this. Here’s hoping that he and Mick, Stevie, John, and Christine can patch things up and find a way to move forward amicably!