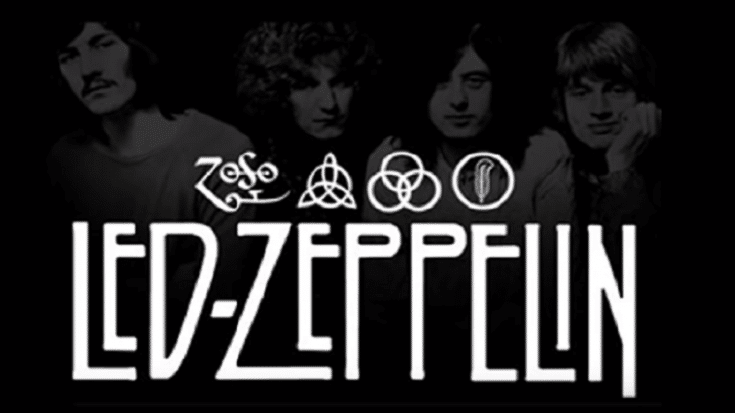 We’ve Got The Blues

While Led Zeppelin is mostly known for their hard rock and heavy metal music, they have several gems in their catalogue that showed off their blues roots. Besides, both guitarist Jimmy Page and frontman Robert Plant were big fans of blues legends like Muddy Waters and Robert Johnson. Several of Page’s licks were influenced by early blues guitar players such as Otis Rush, B.B. King, Buddy Guy, and Elmore James. And he also said, “Basically, that was the start: a mixture between rock and blues.”

It’s not just Page and Plant. Even John Paul Jones and John Bonham were both influenced by blues artists too. Check out these Led Zeppelin blues tracks and let us know what you think.

Inspired by Wilson Pickett and Otis Redding, it’s the last song on the last album before drummer Bonzo died. It’s also possibly a tribute to Plant’s son Karac who died in 1977.

The longest song on the band’s debut album, it’s based on old blues songs. Page told Guitar World that it “was made up of little pieces I developed when I was with the Yardbirds, as were other numbers such as ‘Dazed and Confused’. It was played live in the studio with cues and nods.”

Written by Willie Dixon and recorded by Sonny Boy Williamson II in 1963, Led Zeppelin adapted it for their intro and outro as homage to Williamson. They then added Plant and Page’s original composition. They also used part of it for “Black Dog.”

A Robert Johnson original, Page used a 12-string acoustic guitar while Bonham played “triplets” on the bass drum. It’s not exactly faithful to Johnson’s version because it’s more of a tribute to the legendary bluesman. Plant references other Johnson songs in the lyrics.

They took inspiration from another blues classic – Howlin’ Wolf’s “Killing Floor”. Whenever they performed this live, Plant would improvise the lyrics on stage and would make more sexual references.

Another Willie Dixon piece first recorded by Otis Rush, Led Zeppelin followed the original version but added their own flavor to it such as the break in Page’s guitar solo. According to Page in 1977: “There are mistakes in it, but it doesn’t make any difference. I’ll always leave the mistakes in. I can’t help it. The timing bits on the A and Bb parts are right, though it might sound wrong. The timing just sounds off. But there are some wrong notes. You’ve got to be reasonably honest about it.”

Originally by Muddy Waters, Led Zeppelin’s version was longer clocking in at six minutes and twenty-eight seconds. Asked about the band’s cover, Waters said: “I feel good, sure I like it. I love it. I wish someone would call my name fifty million times a day. The more you call, the more people gonna hear. That don’t bother me.”

At a little over eleven minutes, it’s their longest song. And like the other songs on this list, this borrowed from an old blues music dating as far back as the 1920s. They performed it live regularly but after Plant’s near-fatal car crash, they stopped including it in their set list.

Page said this was the hardest song to record on the album and since it showcased Plant’s impressive range, it was also a difficult song to sing. In an interview with Mojo, Plant said: “The musical progression at the end of each verse – the chord choice – is not a natural place to go. And it’s that lift up there that’s so regal and so emotional. I don’t know whether that was born from the loins of JP or JPJ, but I know that when we reached that point in the song you could get a lump in the throat from being in the middle of it.”

Led Zeppelin reworked this Kansas Joe McCoy and Memphis Minnie original. They only played it live twice because it was difficult to perform. It was Bonzo’s drumming that became the highlight of the song. His son Jason told Q Magazine: “It’s the drum intro of the Gods. You could play it anywhere and people would know it’s John Bonham. I never had the chance to tell dad how amazing he was – he was just dad.”