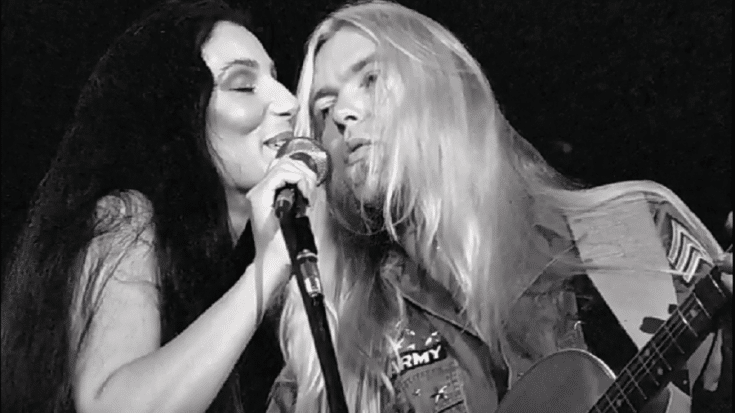 Some rockstars marry supermodels while others go for fans or groupies. There are those, however, who prefer movie stars. This isn’t unusual at all. They could meet via mutual famous friends or at parties or Hollywood events. Either way, it’s always news when two big names get married. Then again, not all of them got their happy ever after.

Let’s check out these couples.

Perhaps one of the most controversial couples in rock. They got married, separated nine days later, got back together, and Allman was about to file a divorce when he learned that Cher was pregnant with their child. It was a rollercoaster ride for both of them until their divorce in 1979. Allman once said, “There was no future for us because she has that constant paranoia of [my] going back to alcohol.”

This was a bad idea from the beginning. They got married just four days after being together. For some reason known only to them, they videotaped their sexual activities. The tape was stolen and it ended up on the internet. That wasn’t the only issue during their marriage because Tommy Lee was arrested after assaulting Pamela. They were on and off for a couple of years.

Before Pamela, there was Hollywood actress Heather Locklear. While Lee and Pamela got married after a four-day whirlwind romance, Lee wed Locklear after a year-long relationship. They met backstage at an REO Speedwagon concert. They lasted for eight years before divorcing.

In 1994 after divorcing Tommy Lee, Locklear married another rockstar – Richie Sambora. Their marriage lasted for 13 years before they divorced in 2007. They still remained friends though and have one daughter – Ava.

Although they’ve been in a relationship since 1983, it wasn’t until 2011 when they finally tied the knot. In an interview in 2018, Simmons said: “In the interest of full disclosure, I have been married for more than five or six years. For 29 years … I was a jackass.”

They married in 1981 and have one son, Wolfgang. Although they separated in 2001, it wasn’t until 2007 when they got divorced. According to Valerie, she could no longer tolerate EVH’s cocaine addiction and smoking. In fact, on their wedding day, EVH got so intoxicated and that had Valerie in tears while still in her gown.

The couple started dating in 2011 and got engaged in 2018 but there’s still no wedding date yet. In an interview with InStyle, Ryan said: “Today I’m happy too. Yes, I’m going to get married at some point. But for now this engagement thing is a state of grace.”

They met at a party in 2000 and moved in together just a few days later. They married on New Year’s Eve. But on 2006, the separated and divorced a year after.

It was a quick marriage – they tied the knot in August 1983 and then divorced the next summer. They met while Fisher was filming Star Wars and were on an on-off relationship for more than a decade. They’d break up then reconcile which happened even after their divorce.

This Bond girl married Ringo Starr in a civil ceremony on April 27, 1981. Starr was well past his heyday and was washing down his pills with over a dozen bottles a day. In 1988, Starr got his act together and entered rehab. In a 2015 interview, Starr revealed: “There’s no escape … I think I love Barbara as much [today] as I did [when we met] – and I’m beyond blessed that she loves me and we’re still together.”