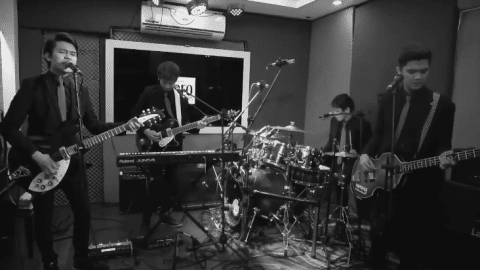 via The Music Man/Facebook

They Did Justice To The Song

Over the years, there have been countless covers of Beatles classics made in every genre and style possible. Even so, there were always standouts. And what you’re about to see is a rendition that’s so beautifully and tastefully done, it will likely take you back to the ’60s.

This band, called REO Brothers, came all the way from The Philippines. Their take on The Beatles 1965 hit Help! is just spot on. Some covers that rework the arrangement are usually refreshing and exciting but those like this, those that stay faithful to the original make us wistful and nostalgic. Just check out the video below to see (and hear!) what we’re talking about.

Deemed as one of the greatest songs of all time, Help! topped the charts in the US and UK for three weeks. It was written mainly by John Lennon who said, “When Help! came out, I was actually crying out for help. Most people think it’s just a fast rock ‘n’ roll song. I didn’t realise it at the time; I just wrote the song because I was commissioned to write it for the movie. But later, I knew I really was crying out for help. So it was my fat Elvis period.”