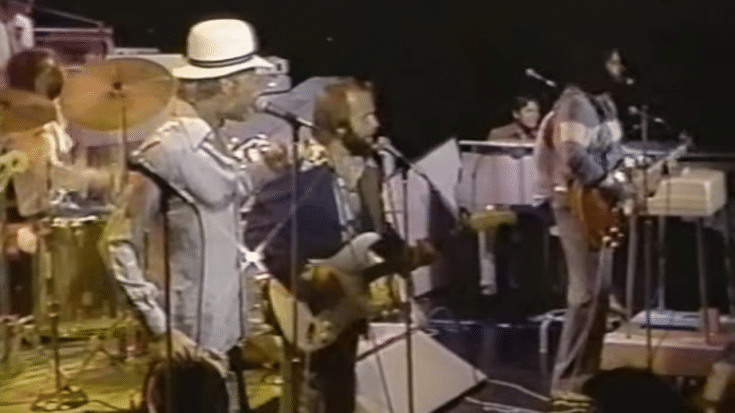 In 1979, The Beach Boys appeared on The Midnight Special and performed one of their most loved hits – Good Vibrations. Also, they sound so good live. The members had so much talent which made them one of the biggest-selling rock acts of the 1960s. Led by Brian Wilson, they churned out some of the most unforgettable songs of the decade.

Good Vibrations was a collaborative effort between Brian Wilson and Mike Love. It was an instant hit.

Brian explained to Rolling Stone magazine, “My mother used to tell me about vibrations. I didn’t really understand too much of what she meant when I was a boy.”

“It scared me, the word ‘vibrations’ – to think that invisible feelings existed,” he continued. “She also told me about dogs that would bark at some people, but wouldn’t bark at others, and so it came to pass that we talked about good vibrations.”

Brian worked on this track almost obsessively. He wanted to get it just right and they used several studio techniques for the sound. It was simply unlike anything released at the time which only proved that The Beach Boys were innovative and ahead of their time. Decades later, Good Vibrations remains popular.