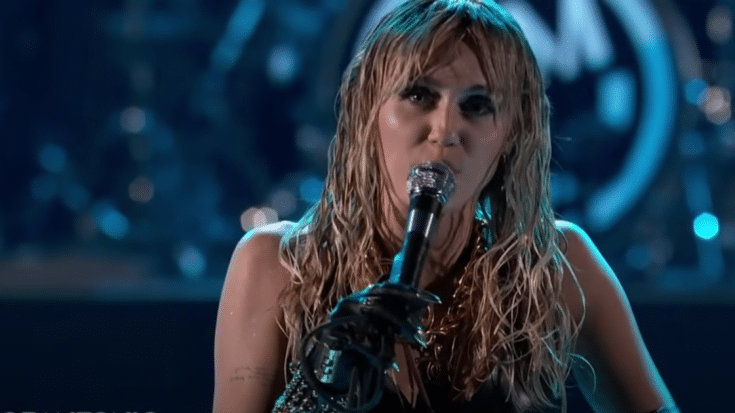 Miley Cyrus may be known for her pop tunes but once in a while, she surprises us with spectacular covers of classic rock songs. She has an impressive range and could take on songs from Blondie, Led Zeppelin, Metallica or in this particular case, Pink Floyd.

In September 2019 at Las Vegas’ iHeart Radio Festival, she performed Pink Floyd’s 1979 song Comfortably Numb. During her eight-song set, she told the crowd: “My favorite faces to see in the crowd are confused dads.”

She posted a clip of the performance on her Instagram and wrote, “Getting to perform these songs that are the reason I started making music in the first place feels so RIGHT, FULL CIRCLE as my dad would say.”

“I said it last night, “I play some songs for you ( the crowd) and some for me,”” she continued. “But I think it’s important for my audience who maybe didn’t grow up listening to music with their parents , grandparents , older brothers / sisters to get exposed to some of these classics!”

She also added, “No one should miss out on songs like these, the youth NEEDS to know what was before to understand how music got to where it is today.” Then she urged her followers to check out the original versions of the classic tunes she performed because according to her, they’re “masterpieces.” And we totally agree.