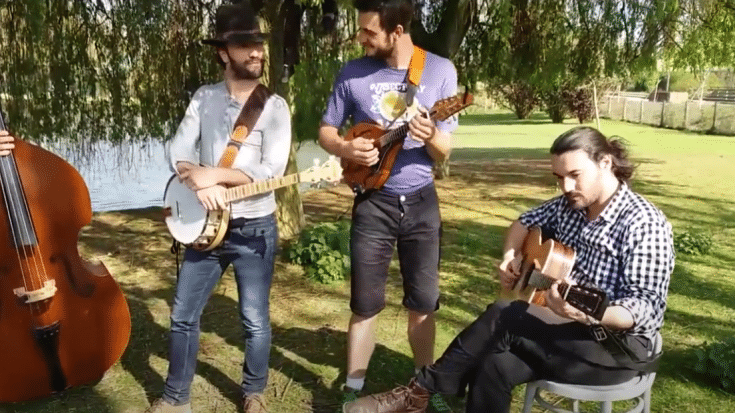 We’re always on the lookout for unique and exciting covers on the internet. And this bluegrass take on Pink Floyd’s 1975 classic Wish You Were Here definitely doesn’t disappoint. Everything about it is on point – the vocals, the arrangement, and overall vibe. Plus, it’s fun and entertaining to listen to.

It’s a surprisingly light version of a song that’s deep, powerful, emotional, and hauntingly beautiful. Gotta love how they opted to record this in a lovely environment and not in the studio or any closed space. Nature and its sounds only added beauty to their cover.

Wish You Were Here was a collaboration between Roger Waters and David Gilmour. Recorded at Abbey Road Studios, Gilmour sang lead. Lyrically, it was thought of as a tribute to Pink Floyd’s co-founder and former leader Syd Barrett whose mental health decline led to his departure from the band. Both Waters and Gilmour declared this as one of their finest works.

Gilmour himself once called the track “a very simple country song” and that “because of its resonance and the emotional weight it carries, it is one of our best songs.”

Wish You Were Here has aged well and has since been covered by several artists.