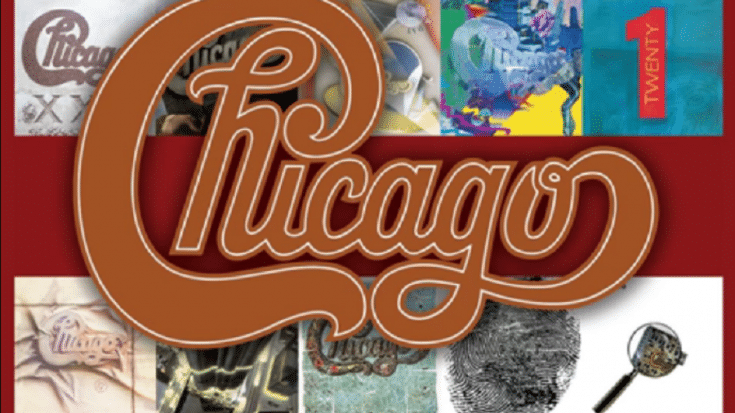 Chicago had a string of hits in the late ’60s and throughout the ’70s but in 1978, things started to go wrong for them after they split with producer James William Guercio because the band felt like they were taken advantage of financially and then by January 23, founding member and resident virtuoso Terry Kath passed away after accidentally shooting himself.

Dropped By Their Label

The band continued to make new music but it was nowhere near the success of their past releases. By 1981, they weren’t bringing in enough money so Columbia Records decided to drop them.

At this point, they were somewhat close to being veteran rockers and with more and more rock acts dominating the airwaves, it was getting harder to keep up with them. Like every other band, Chicago found themselves at a crossroads and they knew they had to do something to survive in the ’80s.

So, what did they do? They reinvented themselves. They churned out music that was a complete departure from their signature sound. This was a risky move and in a way, alienated some of their fans. But they were in their third decade and they either had to adapt to the changing times or be relegated to a has-been.

From Aerosmith to Genesis, these groups successfully revived their career by doing something new and different. Chicago did the same thing. They brought in a new producer David Foster who steered them towards power ballads. They adapted this new musical style and perhaps unsurprisingly, it helped them get back in the game.

In June 1982, Chicago released their thirteenth studio album Chicago 16 which served as their comeback record. Foster outsourced songwriters and brought in session musicians including three members of Toto. It was a success. The LP peaked at #8 on the US Billboard 200 and was certified platinum by the RIAA. Co-founder Robert Lamm, however, didn’t like where they were going – musically and career-wise. He admitted being “unhappy” especially because “It wasn’t what I signed up for.”

Chicago also took advantage of technology – incorporating the use of synthesizers further diminishing the horn section. Peter Cetera wrote and sung “Hard to Say I’m Sorry” which became their second #1 single. It was featured on the romantic comedy film Summer Lovers and gave them a nomination for Grammy Award for Best Pop Performance by a Duo or Group with Vocal.

They followed it up with Chicago 17 almost two years later and it became their biggest-selling album. It received three Grammy Awards, was certified 6x platinum, and peaked at #4 on the US Billboard 200. A few years after MTV launched, Chicago decided to jump on the bandwagon by 1985. They filmed and released four music videos but in the same year, Cetera left the band and went on to pursue a successful solo career.

They had two more albums before the decade wrapped up – 1986’s Chicago 18 and 1988’s Chicago 19. The latter spawned “Look Away” which became their third and last #1 single. Chicago ended the ’80s with a bang by releasing Greatest Hits 1982–1989 on November 21, 1989. It was certified 5x platinum by the RIAA and also received platinum record status in the UK.

In a 2016 interview, Lamm looked back at Chicago’s career in the ’80s and told UCR: “You know, the reason we’re still around is that we have constantly experimented, absorbed, listened and played our music.”

“Hey, some things were pretty awful in the ‘70s too,” he continued. “There’s good and bad in every era, but I don’t really take to heart anybody’s particular animosity or disappointment in a few power ballads.”