Psychedelic Classic Rock: How ‘Strawberry Fields Forever’ Sparked The Start Of A Genre 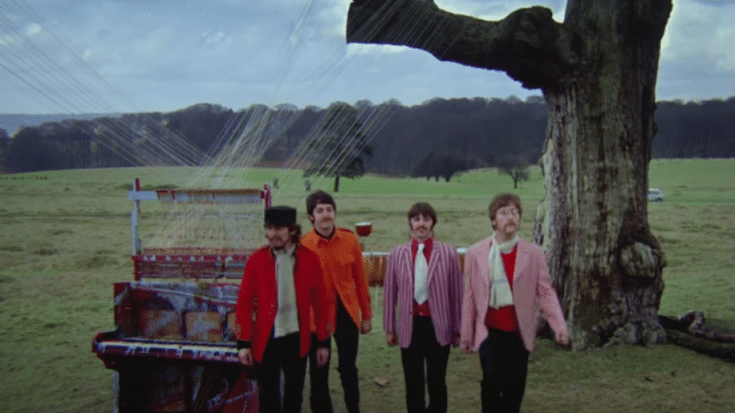 When The Beatles released Strawberry Fields Forever on February 13, 1967, it was an obvious departure from their previous musical styles and it marked their growth as musicians. Initially, it received mixed reaction from fans and critics alike as they didn’t know what to make of this seemingly new sound. As it turns out, the single became highly influential in the then-emerging psychedelic music.

Written by John Lennon and inspired by his childhood memories of a Salvation Army children’s home in Liverpool called Strawberry Field, he once revealed that it’s his finest work with The Beatles.

Admittedly, it wasn’t an easy song to make. They spent 45 hours in the studio over the course of five weeks as they recorded three versions of it making it one of their most complicated recordings. At that point, they already retired from touring and that gave them free rein over the technology they could use in the recording studio – and use it to full advantage, they did. Mellotron flute sounds, reverse-recorded instrumentation, tape loops, and a fade-out/fade-in coda were some of those techniques featured on the song. It also featured a cello & brass arrangement, and a fade-out/fade-in coda.

While intended for Sgt. Pepper’s Lonely Hearts Club Band, they were under pressure to release a single so they had no choice but to churn this out as a double A-side single with “Penny Lane”. Although Strawberry Fields Forever became one of the best known psychedelic rock tunes, it was originally written on an acoustic guitar.

The Beatles took a risk with Strawberry Fields Forever because it simply wasn’t their usual style. It didn’t sound like The Beatles and people were not sure if they liked how the band reinvented themselves. Their longtime fans felt alienated and even found this song “weird”. But alongside their confusion, there was also fascination with the Fab Four’s unusual sonic landscape. The Daily Mail even referred to them as “four mystics with moustaches.”

In the US, they were more open to giving the single a chance with Time magazine calling it “the latest sample of the Beatles’ astonishing inventiveness”. Fellow musicians however, knew that the single was a game-changer. Paul Revere & the Raiders’ Mark Lindsay declared that “the Beatles raised the ante as to what a pop record should be.”

The Beatles essentially helped lay down the foundation for psychedelic rock. It became a touchstone for several acts under this subgenre. It influenced countless groups from Pink Floyd to Electric Light Orchestra.