The 10 Masterful Songs Of Johnny Cash 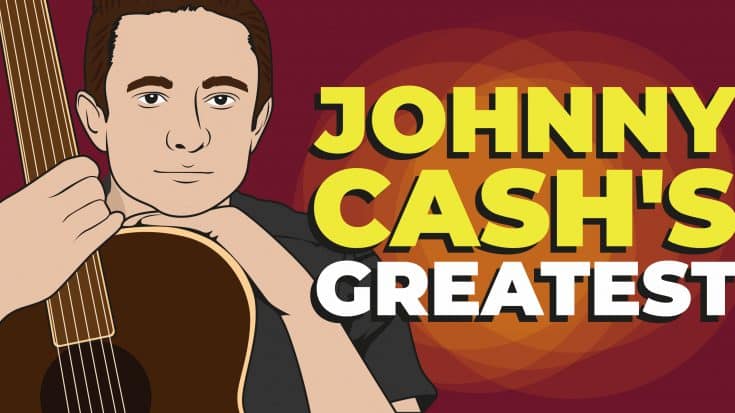 Johnny Cash is one of the most beloved country rock musicians. With a career that spanned almost five decades, he sold over 90 million records worldwide and with his music encompassing several genres, he was inducted into the Country Music, Rock and Roll, and Gospel Music Halls of Fame – a rare honor even among his peers.

Let’s revisit some of his greatest songs:

I Walk The Line

Cash’s first #1 hit on the Billboard charts, it sold more than two million copies. Cash wrote this backstage when he was still newly married and he said, “I suppose I was laying out my pledge of devotion.”

One of his signature songs, it helped forge his outlaw persona. He often opened his concerts with this especially during the recording of the live album At Folsom Prison.

Dominating the country chart for seven weeks, it’s mainly about falling in love. Written by June Carter and Merle Kilgore, she drew inspiration from her relationship with Cash. When the pair got married, Kilgore became the best man.

Perhaps one of the greatest covers of all time that trumped the original version, Cash added another depth to this song by Nine Inch Nails. NIN’s Trent Reznor commented that Cash’s rendition is “different, but every bit as pure.”

Cash showcased his comedic timing with his delivery of A Boy Named Sue. He liked to perform it live and it’s always a hit with the audience.

Cash was also called “The Man in Black” because of his all-black ensemble preference. This protest song touched on poverty, mass incarceration, and the Vietnam War.

Originally recorded by Ray Stevens, it was Cash who took it to #1. He recorded it live for The Johnny Cash Show using the original lyrics by Kris Kristofferson even though he was asked to change them for the audience.

(Ghost) Riders in the Sky

There are over a hundred versions of this song but Cash’s take on it is a standout maybe because of his vocal performance or his delivery. Cash truly had a way of taking a song and making it his own.

Johnny Cash and June Carter Cash made a country hit out of this. Their duet also earned them a Grammy Award for Best Country & Western Performance Duet, Trio or Group.

The Man Comes Around

One of the last songs Cash wrote before he passed away, there are several biblical references. It was inspired by a dream he had.