The Acid Trip And Friendship Of John Lennon and Paul McCartney 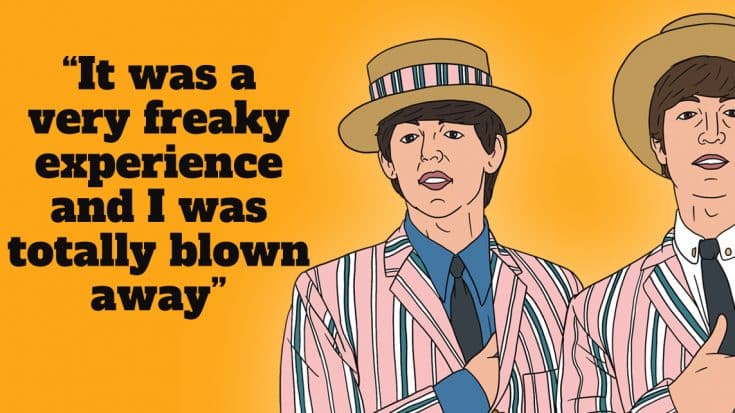 Drugs played a huge part in The Beatles’ music. LSD, for one, helped pave the way for the masterpiece ‘Revolver’. However, it’s no secret that while the rest of his bandmates were helping themselves to acid, Paul McCartney always declined their offer. George Harrison and John Lennon famously experienced their first acid trip because a dentist named John Riley spiked their drink during dinner in 1965. A few months later in August, the pair’s second trip was at a Los Angeles party and this time, Ringo Starr joined them.

McCartney, on the other hand, took LSD for the first time in December 1965 with a young socialite named Tara Browne who inspired their classic hit “A Day in the Life”.

But McCartney’s first acid trip with Lennon was something else. He said in Barry Miles’ book Many Years from Now, “It’s been coming for a long time. It’s often the best way, without thinking about it too much, just slip into it. John’s on it already, so I’ll sort of catch up. It was my first trip with John, or with any of the guys. We stayed up all night, sat around and hallucinated a lot.”

He recalled, “Me and John, we’d known each other for a long time. Along with George and Ringo, we were best mates. And we looked into each other’s eyes, the eye contact thing we used to do, which is fairly mind-boggling. You dissolve into each other. But that’s what we did, round about that time, that’s what we did a lot. And it was amazing. You’re looking into each other’s eyes and you would want to look away, but you wouldn’t, and you could see yourself in the other person. It was a very freaky experience and I was totally blown away.”

He further mused that “There’s something disturbing about it. You ask yourself, ‘How do you come back from it? How do you then lead a normal life after that?’ And the answer is, you don’t. After that you’ve got to get trepanned or you’ve got to meditate for the rest of your life. You’ve got to make a decision which way you’re going to go.”

McCartney admitted that it “was a good trip” but that he also “wanted to go to bed after a while.”

While Lennon obviously enjoyed LSD, Macca didn’t feel the same way. He said, “I’d just had enough after about four or five hours. John was quite amazed that it had struck me in that way. John said, ‘Go to bed? You won’t sleep!’ ‘I know that, I’ve still got to go to bed.’ I thought, now that’s enough fun and partying, now … It’s like with drink. That’s enough. That was a lot of fun, now I gotta go and sleep this off. But of course you don’t just sleep off an acid trip so I went to bed and hallucinated a lot in bed. I remember Mal coming up and checking that I was all right. ‘Yeah, I think so.’ I mean, I could feel every inch of the house, and John seemed like some sort of emperor in control of it all. It was quite strange. Of course he was just sitting there, very inscrutably.”