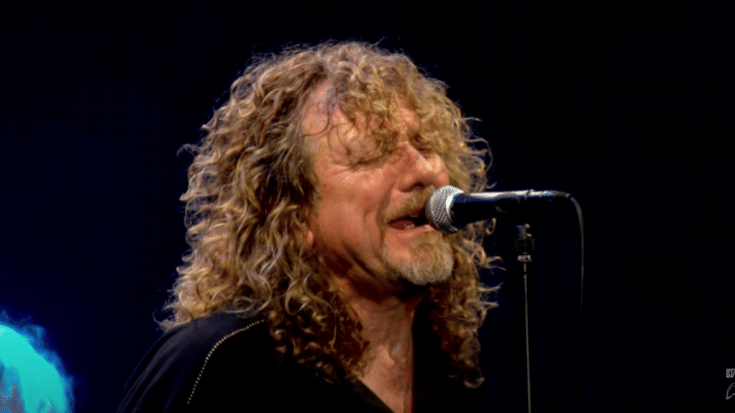 From the get-go, there’s no denying that Robert Plant is a cut above the rest. The powerful voice, banshee-like screams, oozing charisma & stage presence, and of course, the otherworldly good looks – Plant didn’t just perform on stage, he commanded everyone’s attention and mesmerized them. But like with every other rockstar, he has his musical influences – records and musicians that propelled him to pursue a career in music.

At ten years old, he was in awe of none other than Elvis Presley. He revealed on the Denton talk show, “When I was a kid I used to hide behind the curtains at home at Christmas and I used to try and be Elvis. There was a certain ambience between the curtains and the French windows, there was a certain sound there for a ten-year-old. That was all the ambience I got at ten years old… And I always wanted to be… a bit similar to that.”

While The King introduced him into the world of rock ‘n roll, it was the album of another artist that changed his life. Speaking to The Guardian, he looked back at his lonely childhood and shared that Billy Fury’s “A Thousand Stars” became a soundtrack of his life.

Plant said, “Music was a panacea and a mysterious release for me. It was otherworldly, another life outside Middle England in 1960 where it was all about endeavour, learning and making sure that all your vulnerabilities were not too evident so that you didn’t end up looking like a sobbing klutz. Does the male of the species pretend he’s more than he is, or does he get lost in forlorn, broken-hearted love songs? I like the idea of the lone male willowing away, and Billy Fury was the great British singer for that.”

He added, “He was part of the pop machine, but he slid through it and became something more, and this song hit me hard when I was 12.”

In a separate interview with Record Collector, Plant admitted that he was expelled from Grammar School because of “Hair. But not this hair, the hair of Billy Fury. Yeah, that’s got to be the title of the fucking interview, hasn’t it? The Hair Of Billy Fury [laughs]. I loved Billy Fury… stunning. And that’s why I just wanted to get that thing… that Billy Fury moment.”