The 7 Psychedelic Songs From The Grateful Dead 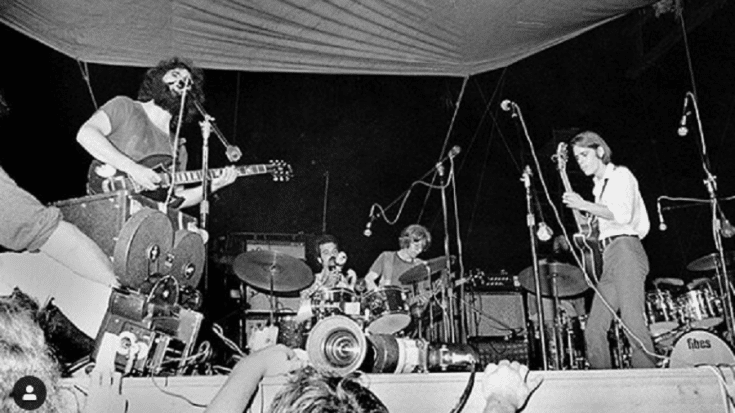 You Can Never Go Wrong With Grateful Dead

Grateful Dead isn’t everyone’s cup of tea but their songs were somehow made to accompany heavy trips especially the live versions. Those extended jams do so much in the way of capturing the magic and wonder of the whole psychedelic experience. Every track is a journey and it feels like you’re sucked into a world of amazement and it only spits you back out into reality after the song’s over.

It’s one of their shortest songs, clocking in at less than two minutes. With Jerry Garcia singing through a filter, it gives off that haunting and otherworldly feel. It’s a mysterious track for many reasons – first, what it actually meant or if it was about an actual person. Second, while it was believed that the band never played it on concert, a live performance was unearthed and as expected, it was longer than the studio version.

Named after its 11-beat signature, this is a prime example that the Dead pushed the envelope when it came to rock music. As a whole, it’s magnificent but try to look closely and it will leave you baffled as to how they managed to create something of this caliber. It’s just glorious.

The live version goes well over 15 minutes. And honestly, it’s never too long if it’s a Grateful Dead tune. According to David Dodd of the dead.net, “The imagery conjured up by Bob Weir, in his portion of the suite, “That’s It for the Other One,” on Anthem of the Sun, is clearly and intentionally a psychedelic ode to the Pranksters and all that entailed.”

A staple in their repertoire, it’s one of their most played songs with more than 500 performances. This hypnotic number was developed when they were experimenting with unusual time signatures. The earliest known performance of this jam was in 1968.

A psychedelic trip all by itself. Phil Lesh wrote in his autobiography, “to my ear, the only track that sounds at all like we did at the time is Viola Lee Blues. …None of us had any experience with performing for recording…the whole process felt a bit rushed.”

Written by Robert Hunter, it’s one of the songs that established him as the band’s lyricist. He wrote in Box of Rain, “Nobody ever asked me the meaning of this song. People seem to know exactly what I’m talking about. It’s good that a few things in this world are clear to all of us.” For their live performances, China Cat Sunflower was often paired with I Know You Rider.

The Grateful Dead’s ultimate psychedelic song. It’s a fan favorite and for good reason. Their signature song, it would sometimes go for over 30 minutes. Before Hunter wrote this, the Dead asked him to become a full-time lyricist. He arrived in San Francisco with “a case of walking pneumonia and the clothes on his back.” He added, “The next day I was writing ‘Dark Star’ feeling pretty much as the lyric suggests.”