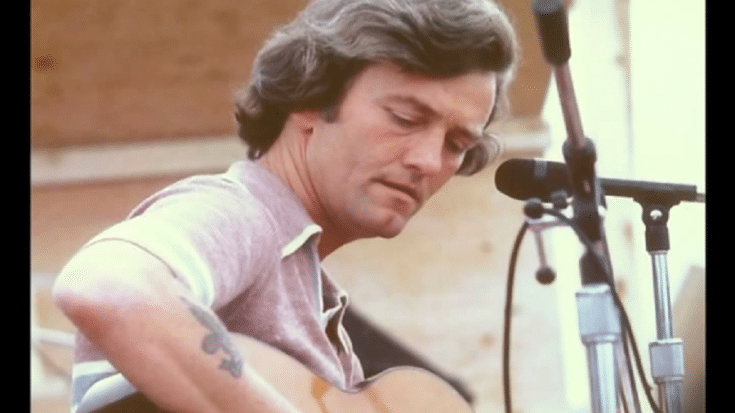 From The Hit Songwriter

Mickey Newbury released Frisco Mabel Joy on October 1971. It was the second album from a trilogy – the other two being It Looks Like Rain and Heaven Help The Child. Frisco Mabel Joy has all the elements that make up Newbury’s signature sound. It didn’t crack the top 40 on the Pop Albums chart and it only peaked at #58. Nevertheless, it’s a stellar LP that highlighted Newbury’s brilliance as a singer and songwriter.

It opens with An American Trilogy which sets the tone perfectly. It’s a three-song medley that was further popularized by Elvis Presley and it became a staple in The King’s concert setlist too. Newbury’s version is a lot more haunting and less lively. How Many Times (Must the Piper Be Paid for His Song) is about a woman crying for someone else as the narrator looks on and wishes he was blind. It’s somber and heartbreaking. After the Interlude,
the reflective number The Future’s Not What It Used to Be follows. The highlight is on Newbury’s emotive and impeccable vocal performance. With Mobile Blue, Newbury somehow magically changes his voice to fit this bluesy number. Frisco Depot makes you want to do a double take since Newbury takes on a deeper and rawer voice. It does make you wonder whether it’s the same person singing all these tracks.

You’re Not My Same Sweet Baby is a bit wistful as the narrator tries to relive the past. After a second Interlude, up next is Remember The Good. It may not be his strongest track but it has its moments. Swiss Cottage Place is another nostalgic tune where he sings “Yesterday is gone and where I stand here alone”. How I Love Them Old Songs is a beautifully brilliant number. The album wraps up with the tragic story of San Francisco Mabel Joy.

Newbury’s voice may be different on each song but everything connects nicely especially with the rain effects. Overall, Frisco Mabel Joy is a brilliant concept album that’s a classic through and through.