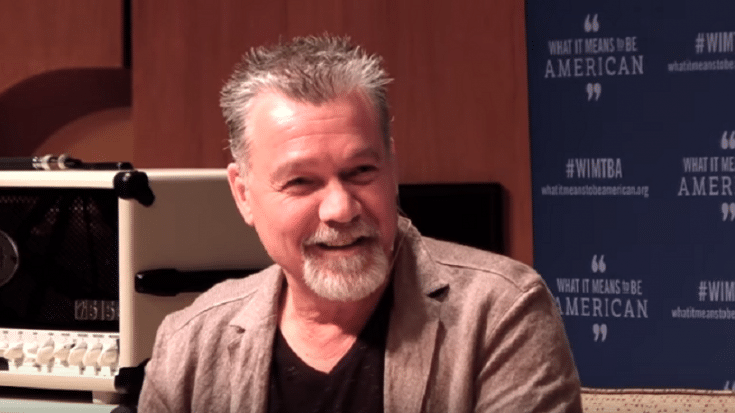 Eddie Van Halen has apparently been travelling quietly overseas to receive treatment for throat cancer. Shortly after he received the diagnosis of a tongue cancer in 2000, he underwent a procedure where doctors removed 1/3 of his tongue. In 2002, he was cleared of cancer.

However, he’s been going to Germany for five years for radiation treatment for his throat cancer because according to TMZ, “some of the cancer cells migrated down to his throat, and doctors would scrape them out.” Sources told the gossip site that this was “to keep the disease in check.” He will also undergo surgery.

Rumors of a health problem came up after David Lee Roth claimed that Van Halen is “finished” and added that “Eddie’s got his own story to tell. Not mine to tell it.” Steve Lukather also mentioned in an interview that “There’s been some health issues” the band was dealing with. Billboard reported about the tongue cancer in 2015. And EVH even told them, “I used metal picks — they’re brass and copper — which I always held in my mouth, in the exact place where I got the tongue cancer. Plus, I basically live in a recording studio that’s filled with electromagnetic energy. So that’s one theory. I mean, I was smoking and doing a lot of drugs and a lot of everything. But at the same time, my lungs are totally clear. This is just my own theory, but the doctors say it’s possible.”

Van Halen’s last performance was in October 2015 at the Los Angeles Hollywood Bowl.