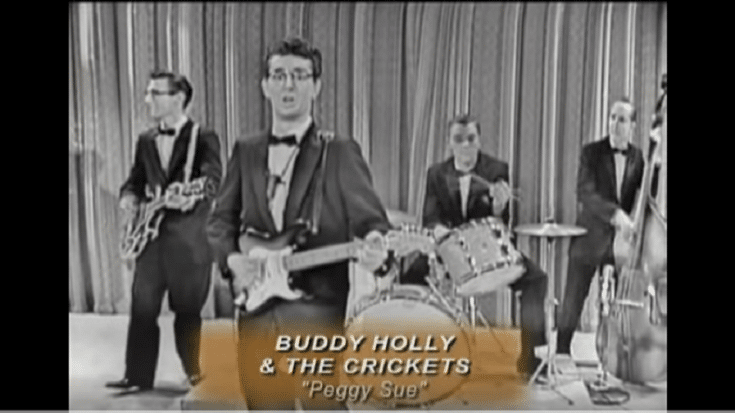 The Ed Sullivan Show was, in a way, a rite of passage for every rock act. Appearing on the variety show either meant that you already “arrived” or you’re about to become a household name overnight. It had its share of controversies especially since the host was notorious for having a temper. It didn’t just cater to rockstars but it was the performances that people still talk about even today.

Now we’re listing down seven of these that remain iconic and unforgettable.

If we had to name one group that we think would never show up at The Ed Sullivan Show, it would be Jefferson Airplane. They weren’t the biggest supporters of this kind of stuff. It’s too commercial for them and they were, well, anti-establishment and all that. But apparently, they couldn’t resist. With a blue screen projecting psychedelic images, Jefferson Airplane performed Won’t You Try and Crown of Creation. According to Sullivan’s official site, they weren’t invited back because they refused to change their wardrobe.

For any band who wanted to break into the US, they would want to appear on The Ed Sullivan Show. And that’s what The Rolling Stones did. They made their American debut in 1964 and even though Sullivan didn’t like them that much, they got booked again because the audience loved them. For their 1967 performance, they were asked to change the lyric from “Let’s spend the night together.” to “Let’s spend some time together” to make it more family-friendly. Sullivan even told them, “Either the song goes, or you go.” Mick Jagger did as he was told but his rebellious streak showed when he did his now-infamous eye roll while singing.

Three years after their formation in 1961, The Beach Boys took to the stage and performed two songs – Wendy and I Get Around. From their stage presence to their vocal harmonies, it was a riveting performance. Four years later, Sullivan booked them again and this time, they played I Do It Again and Good Vibrations.

It was Janis Joplin’s first and only appearance on the show. This happened two years after her iconic set at the Monterey Pop Festival and a few months before her gig at Woodstock. Along with her Kozmic Blues Band, they powered through two songs – Raise Your Hand and Maybe. As expected, it was a stunning number with Joplin’s soulful and passionate delivery blowing everyone away. She was already well-established at the time but thanks to that particular performance, she won over thousands of new fans.

Buddy Holly appeared on the show twice. The first was on December 1957 and they were booked again less than two months later. For their first appearance, it was hot on the heels of the release of their self-titled debut album and so they took on two of their biggest songs – Peggy Sue and That’ll Be The Day. Shortly after their tight performance, That’ll Be The Day topped the US Billboard Hot 100 while Peggy Sue peaked at #3.

The King was booked three times. For his debut appearance, it was after the success of The Heartbreak Hotel. At the time, he already had several TV performances but after he took the Sullivan stage, he was catapulted to another level of stardom. He made history that night as 82% of the TV viewing audience tuned in to watch him perform Don’t Be Cruel, Love Me Tender, Ready Teddy, and Hound Dog. Not everyone was pleased though because there were those who thought his dance movements were too vulgar.

Through The Ed Sullivan Show, The Beatles conquered the American soil with 73 million people watching their television sets. It was nothing short of stellar. Even with so many other rock acts, The Beatles’ debut remained untouchable. There was nothing quite like it. Over fifty years later, people still talk about it and call it legendary. The Fab Four performed All My Loving, Till There Was You, She Loves You, I Saw Her Standing There, and I Want to Hold Your Hand.