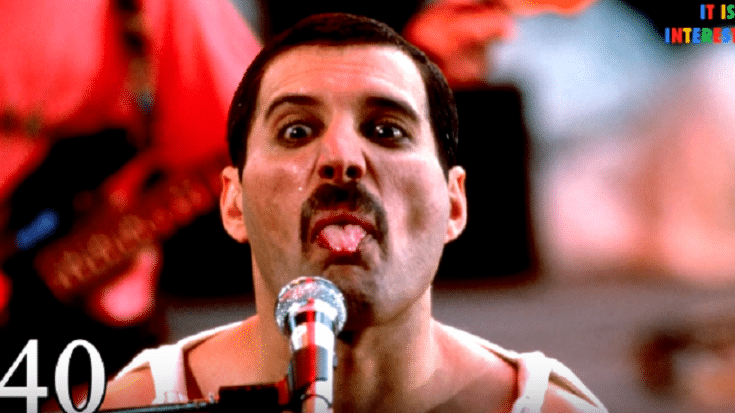 Even in an era that spawned numerous rock greats, Freddie Mercury easily stood out among his contemporaries. His genius shone through with his compositions, concert showmanship, and of course, his vocal performances. With his impressive range and flamboyant on-stage persona, he was truly one-of-a-kind. He pushed the envelope when it came to songwriting and he never shied away from doing what was deemed unconventional – case in point, the creation of Queen’s magnum opus Bohemian Rhapsody.

For this video, a YouTube channel called IT IS INTERESTING compiled Freddie’s photos from when he was a baby and until he was 45 years old. And it’s a reminder that he was gone too soon. Even so, he left us a rich legacy of iconic songs that remain unrivaled today. His passion was always music and even when his health was deteriorating, he was in the recording studio and giving it his all.

More than that, he’s also a sassy and cheeky rockstar. In one video before a Texas show in 1977, he was caught on cam relaxing in a chair backstage while a staff member tied his shoelaces. He explained, “Oh no, I never tie my own shoelace, I mean never! It’s just not the thing done in rock and roll.” Ah, that only made us miss him more.

Check out the video below…