The 5 Progressive Songs Phil Collins Ever Made 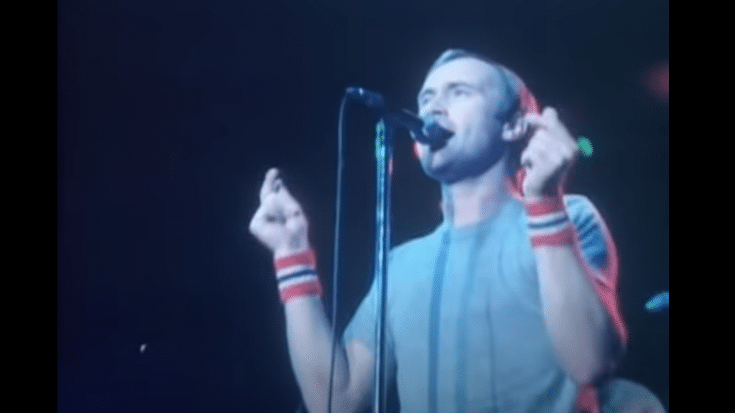 From his time in Genesis to being a solo artist, Phil Collins has a pretty interesting and colorful career in music. He got a lot of hate for being the main creative force in the ’80s era of Genesis mostly because of their departure from their progressive rock roots. To be fair to Collins, Genesis needed to evolve and adapt to changing times. And to his credit, he also had stellar prog-rock material – here are five of them:

Dark, eerie, and haunting, Collins is in top form especially with his vocals. Even former Genesis member Steve Hackett called it “beautifully haunting.” The song is about a young man’s unhealthy obsession with a prostitute who’s not interested in him. Collins said, “It’s a bit like [British actor] David Niven in The Moon’s a Balloon, I don’t know if you’ve read that book, he’s very young, just come out of cadet college or whatever, and he meets this quite, you know, 45-year-old prostitute who he has a fantastic time with. He’s special to her but it definitely can’t go any further than what it is and that’s really what the song is about, with sinister overtones.”

Not everyone’s a fan of Genesis’ material from the ’80s but it’s undeniable that Duke‘s one of their best works in that particular era. Collins re-recorded “Behind the Lines” for his debut solo studio album “Face Value” and there were slight differences musically and lyrically. Collins’ version is lighter and funkier while Genesis’ is heavier and more dramatic.

It’s the highlight of Genesis 1986 album “Invisible Touch”. There are two parts to the song – “In the Glow of the Night” and “The Last Domino”. The music was written by the band but it was keyboardist Tony Banks who penned the lyrics. Collins said, “I found it tricky. I used to think, ‘How do I sing this thing about double glazing? How do I sing this and convince an audience?’ I found it awkward, because I was getting more personal in my songwriting, and here I was singing things I didn’t understand – just syllables.”

Collins wrote the lyrics and it’s about someone dealing with withdrawal symptoms and looking forward to “tonight” because he’s about to meet with a cocaine dealer and buy drugs. Collins told Creem in 1987, “People tend to say now we’re just a commercial group who write pop songs, but ‘Domino’ and ‘Tonight, Tonight, Tonight’ are more like the old Genesis. We have always written collectively, and any individual songs have been credited to the group anyway. We thought if one person got the credits he would get all the royalties and it would create an unfair imbalance.”

Written by Collins, Banks, and Mike Rutherford, “Abacab” doesn’t have a meaning. It refers to the structure of the early version of the song. While they were working on the album of the same name, they bought a property in Surrey, England which they transformed into a recording studio and called The Farm. They wrote “Abacab” in the living room.