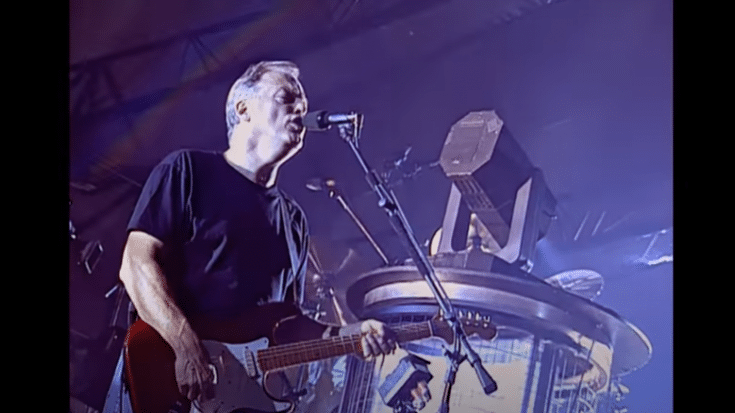 Pink Floyd has streamed a live version of “Comfortably Numb” from their concert film “Pulse” released on May 29, 1995. This concert was recorded on October 20, 1994 at Earls Court in London, UK – it was in support of their album “The Division Bell.”

The typical setlist included a mix of their classic hits and post-Roger Waters songs.

David Gilmour told Guitar magazine, “The reason for Pulse is Dark Side of the Moon, obviously. We weren’t going to do a live album for this tour; it seemed a bit superfluous having just done one [1988’s The Delicate Sound of Thunder] a few years ago. But, as we started out on the tour, we were looking for ways to change the show around and make ourselves a little more flexible and have a little fun, and Dark Side of the Moon was one of the ideas that came across.”

He added, “We thought, ‘That’ll be easy, we’re already playing half the songs’. But it took us about three months to put all the bits of sound-effect tape into it, besides getting all the old film and making one or two new bits of the ones that were too ancient or damaged.”