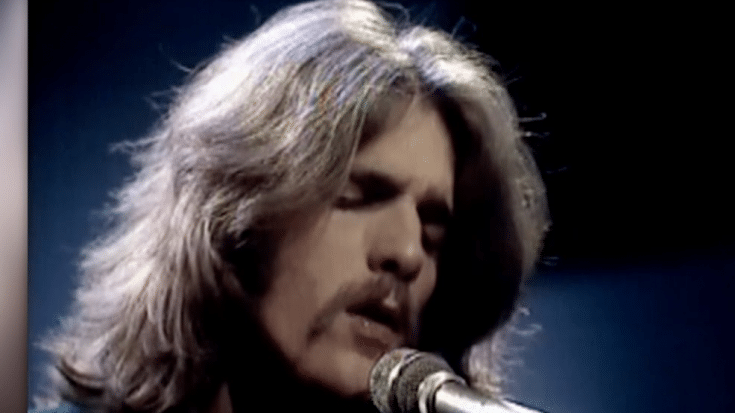 Glenn Frey was best-known for being the founding member of The Eagles, but after the band broke up, he went on to pursue a successful solo career. He became one of the biggest rockstars of the ’70s. Let’s check out the best songs he wrote or co-wrote.

Co-written with Jackson Browne, this was The Eagles’ first single. It was the opening track of their debut LP, and it eventually became one of their signature songs. Frey once shared that “Take It Easy” represented “America’s first image of our band with the vistas of the Southwest and the beginnings of what became country-rock.”

A collaborative effort between Frey, Browne, Don Henley and J. D. Souther, it was about actor James Dean who passed away at the age of 24. The four songwriters were jamming together in 1972 when they came up with the idea for the song.

Frey wrote this with Henley, Souther, and Bob Seger. It was the band’s final chart-topping song on the US Billboard Hot 100.

“Glenn Frey and I had been listening to Sam Cooke records at my house,” Souther recalled. “So we were just walking around clapping our hands and snapping fingers and singing the verses to those songs. The melody sounds very much like those Sam Cooke shuffles. There’s not much to it. I mean, it’s really just two long verses. But it felt really good.”

Another composition with Henley and Souther, Frey took over the lead vocals. It was released as the first single of The Eagles’ magnum opus, “Hotel California”. There were rumors that the song was about Bruce Springsteen, but they have denied it.

Written by Frey and Henley, the pair finished this song quickly.

“I believe that was a Glenn title,” Henley said. “I think he was ambivalent about it because he thought that it was a bit too obvious or too much of a cliché because of the drink that was so popular then. I said, ‘No-Look at it from a different point of view. You’ve been drinking straight tequila all night and the sun is coming up!’ It turned out to be a really great song.”