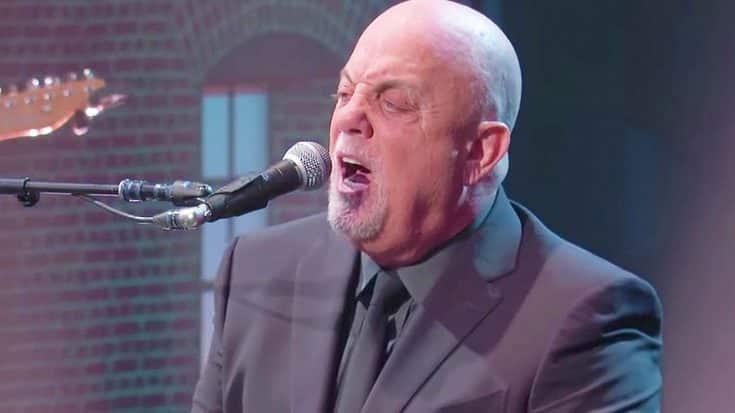 Billy Joel is a prolific songwriter who has written dozens of classic hits. For this list, we’re delving deep into his catalogue to look for his greatest lyrics.

There’s an old man sittin’ next to me
Makin’ love to his tonic and gin
He says: “Son can you play me a memory?”
I’m not really sure how it goes
But it’s sad and it’s sweet and I knew it complete
When I wore a younger man’s clothes

Joel’s signature song and first major hit, it has since become the highlight of his concerts.

2. Scenes From an Italian Restaurant

This was never released as a single, but fans and critics have nothing but praises for the track. It remains as one of Joel’s most popular songs.

She can kill with a smile, she can wound with her eyes
And she can ruin your faith with her casual lies
And she only reveals what she wants you to see
She hides like a child but she’s always a woman to me

Undoubtedly one of his greatest lyrical accomplishments, it’s no wonder why this has achieved classic status.

Although this was never released as a single, it was a fan favorite. Joel famously performed it at The Concert for New York City in 2001.

This song is about the Vietnam War, and Joel penned this as tribute to his friends who served.

“A lot of them came back from being in country and really had a hard time getting over it, and still to this day I think a lot of them are having a hard time,” he explained. “They were never really welcomed back, and whether you agreed with the war or not, these guys really took it on the chin. They went over there and they served, and they never really got their due.”

You should never argue with a crazy mind
You oughta know by now
You can pay Uncle Sam with the overtime
Is that all you get for your money?

Joel explained that the Anthony in the song wasn’t an actual person, but a representation of “every Irish, Polish, and Italian kid trying to make a living in the U.S.”

7. Only the Good Die Young

Well, they showed you a statue, told you to pray
They built you a temple and locked you away
Aw, but they never told you the price that you pay
For things that you might have done
Only the good die young

When it was released as a single in 1978, the song attracted controversy. Religious groups attempted to ban it from being played in radio stations, but that only made the song more popular.

The song tackles mental health. “It was more about manic depression than depression,” Joel explained in 2014. “That song was about a relationship that wasn’t really working out. It was very disappointing – you want everything to work out and when it doesn’t, how do you deal with that?”

Well, remember how I found you there
Alone in your electric chair
I told you dirty jokes until you smiled
You were lonely for a man
I said, “Take me as I am”
‘Cause you might enjoy some madness for a while

The song begins with the sound of breaking glass, which signifies the smashing of a “Glass House” which is the title of the album.

So you play your albums, and you smoke your pot
And you meet your girlfriend in the parking lot
Oh but still you’re aching for the things you haven’t got
What went wrong?

This was a watershed moment for Joel as a composer. It was what helped him land a contract with Columbia Records. Joel described the song as “sort of brutal, but sometimes it is good to be brutal and offend people—it keeps them on their toes.”