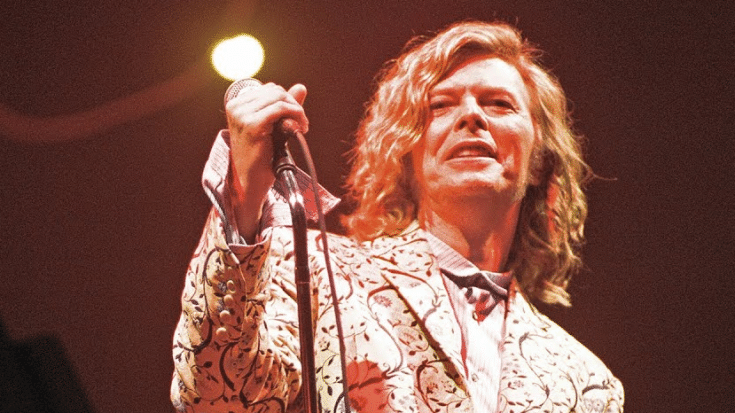 If someone tells you rock ‘n roll is all about sex and drugs, then show them this list. Space exploration launched at the time when rock was at its peak, so it’s no surprise that many rockstars touched on the topic of space, E.T., and astronauts. Let’s check out these songs.

The song described David Bowie’s iconic alter-ego Ziggy Stardust delivering a message of hope through the radio. Stardust was the messenger of “Starman.”

It was the first song the music press called “space rock”. But it was also cited as one of the first country rock tracks.

“I was interested in astronomy and the possibility of connecting with extraterrestrial life and I thought that it might work the other way round, if we tried to contact them,” Jim McGuinn said. “I thought that the song being played on the air might be a way of getting through to them. But even if there had been anybody up there listening, they wouldn’t have heard because I found out later that AM airwaves diffuse in space too rapidly.”

Hangar 18 was an Air Force base in Dayton, Ohio where bodies of extra-terrestrials were supposedly taken to after their UFO crashed.

“‘Hangar 18’ is about military intelligence – two words combined that don’t make sense,” Dave Mustaine explained. “I can’t understand why they’re hiding stuff from us. It’s our country, too. But see, they run it, and the more I get into politics, the less I become a musician.”

It’s about a UFO that “landed in a field in Idaho”. Then, “a strange man” walked out but after that, there’s nothing else. So we don’t know what the alien did after.

The lyrics told the story of someone visited by aliens, but its meaning was actually about following your dreams by journeying into the unknown.

The title track of Billy Thorpe’s third studio album, the lyrics tell the story of extra-terrestrial beings descending to our planet. They set fire to the sky and “passed the limits of imagination”.

8. Creedence Clearwater Revival – “It Came Out of the Sky”

Written by John Fogerty and featured on “Willy and the Poor Boys”, it’s a satirical song about a space object like a flying saucer plummeting towards the property of a farmer named Jody. Politicians then used the incident to further their own agenda. The Vatican and the White House both wanted to keep it, but Jody decided to sell it for $17million.

Sammy Hagar believed he was abducted by aliens as a kid. This track was inspired by that belief.

The title says it all. “Vessels of a different impression” arrived on Earth to “impress a bolder Empire of Energy”. It’s an interesting song because Yes’ music always sounded otherworldly. So it was really just a matter of time before they delved into UFOs and extra-terrestrials.