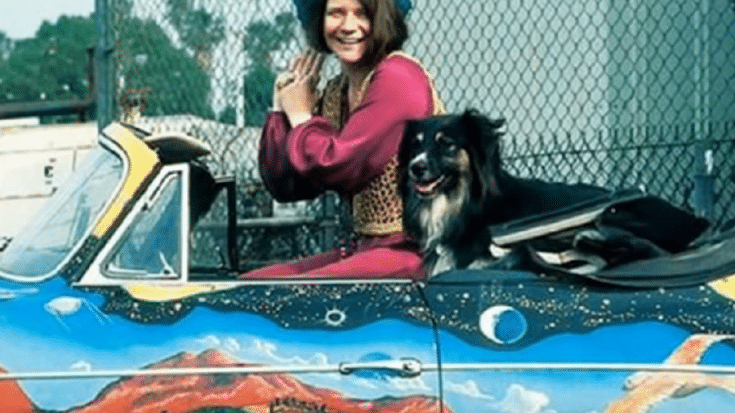 Janis Joplin unfortunately achieved the success and recognition she deserved only after she passed away. Before her untimely death, she only managed to make four studio albums but that was more than enough to secure her a spot in the rock ‘n roll pantheon.

Janis Joplin grew up being bullied in school. She had plenty of insecurities and these showed in her songs – there was always a hint of pain and sadness when she sang. And it was through her music that she bared her soul.

5. She was never intimidated by men

She made her mark in a world dominated by men. But did she balk? No. She went ahead and did her thing. And as it turned out, she’s just as good if not better, than her male counterparts. She could out-sing and outperform them easily. Besides, when The Doors frontman Jim Morrison got too close for comfort, she smashed a bottle over his head and knocked him out cold.

4. She had a soft and sensitive side too

Although her music is straight-up rock ‘n roll, Janis also enjoyed other forms of art like painting and poetry. She used to paint when she was younger and during a guesting in The Dick Cavett Show, she talked about her love for F. Scott Fitzgerald works. She even referred to herself as “a big Fitzgerald freak.”

3. Her love for her family

Janis Joplin’s parents always had her back even when they weren’t too excited for her life choices. When she left home to go to San Francisco, she wrote:

“Weak as it is, I apologize for being just so plain bad in the family.”

Janis wanted to impress her family and in return, they continued to support her and her career.

2. Her carefree and loving spirit

Although Janis found it hard fitting in with others in her teenage years, she proved several times that she had a kind spirit. From buying a tombstone for her idol Bessie Smith whom she called “the greatest blues singer in the world” to leaving money for her loved ones so they could throw a wake party for her – Janis was a loving person. She may have made bad choices but that didn’t mean she was unkind to other people.

1. Her soulful singing and distinctive rasp

Janis Joplin on stage could silence everyone with her singing. She can go from pure rock to ballad and it would be seamless every time. You can hear the anguish, longing, and sadness in her songs. Even her screams were done with finesse. She didn’t just sing – she poured her heart and soul into it.