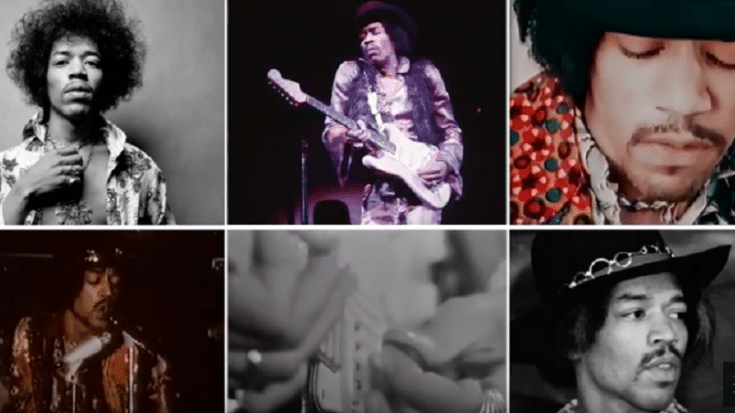 via M2M – Made To Measure/YouTube

On September 18, 1970, Jimi Hendrix died in an apartment in London. Before his death, he wasn’t in the best shape. He was exhausted, lacked sleep, and seemed like he was coming down with the flu. His official cause of death was barbiturate overdose. But even if he was gone too soon, he left people with an exemplary catalogue of music, unforgettable riffs, timeless classics, and more importantly, his live performances caught on film.

Here are some of the things we absolutely miss about this legend.

Aside from his music, Jimi Hendrix was known for is impeccable fashion taste. And that will always be one of the things we miss about him. No one pulled off colorful items like him. He can go from Moroccan-inspired clothing to gypsy. He liked scarves, velvet, bold prints on both shirts and pants, huge rings, boots, hats, his favorite military jacket, silk blouses, ruffled tops, corduroy pants, and even kimonos.

He could wear clashing prints, denim on denim, or flower-printed shirts and still pull them off flawlessly. And with every photo, it was clear that he was confident in his own skin. His style is simply incomparable.

Jimi Hendrix was a real class act. He went all-out during his shows but off stage, he was shy and an all-around good guy. He had his share of insecurities – thought his voice wasn’t that good and his guitar playing was not too special. He even admitted in an interview that he cannot read music. He was totally unpretentious. And unlike other rockstars who made it big, he remained grounded. From Ginger Baker to Graham Nash, they referred to him as “humble, in many ways.”

Jimi Hendrix turned into a different person when he was performing. One of his most famous live acts was during the Monterey Pop Festival in 1967. He was trying to upstage and outperform The Who. So he took a match and set up his guitar on fire. He was also notorious for playing the guitar with his teeth or putting the guitar behind his head.

The man was incredibly talented but more than that, he was an all-out entertainer too.

Jimi Hendrix is a guitar god. He inspired countless musicians to pick up the guitar and emulate him. Several experts studied his style and how he achieved his sound but you know what, that’s just how he was. He made his axe part of him which is why he could create sounds no one thought was possible.

Fellow legend Eric Clapton was never shy about how impressed he was with the late axeslinger’s work.

“He got up and blew everyone’s mind. I just thought ‘ahh, someone that plays the stuff I love in the flesh, on stage with me.’

“I was actually privileged to be (on stage with him)… it’s something that no one is ever going to beat; that incident, that night, it’s historic in my mind but only a few people are alive that would remember it.”

Jimi Hendrix was a musical genius – that’s a fact. He’s an influential figure because he found ways to maximize his guitar’s potential. He was a virtuoso and his sheer mastery of the electric guitar was simply unrivaled. He made songs that were way ahead of their time. From radio-friendly tunes to straight-up masterpieces, his music propelled him to rock god status.

And one can only wonder – how many more musical gems would he have given us if he wasn’t gone too soon?