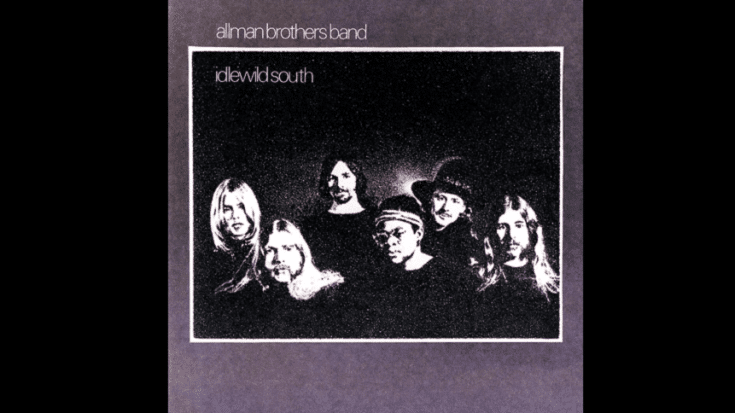 With a career spanning five decades, The Allman Brothers Band were at the forefront of rock during the 1970s and even with the deaths of their members, they showed resiliency. Even amidst tragedies that would’ve been enough for other groups to throw in the towel and walk away, they trudged on. From the beginning, they were more into live performances rather than sitting down and making records in the studio which is why they only have a dozen studio albums.

In the words of Duane Allman, “We get kind of frustrated doing the [studio] records.” So here are five albums that captured the magic of their music.

It wasn’t a huge hit upon its release but it somehow served as the jumping-off point for their mainstream success. They toured heavily and already amassed a cult following. They were on the road as they recorded the songs and according to producer Tom Dowd, “They had to get on the road to support themselves. They were working 300 days a year. So they would just blow in and do some songs and blow out. That was it — in and out — just like that.” Compared to their debut LP, this was more subdued and showed their growth and maturity as musicians as they began exploring new sounds.

The LP featured their only hit single “Ramblin’ Man.” While making “Brothers and Sisters,” bassist Berry Oakley died from a motorcycle accident three blocks from where Duane Allman was killed in a similar accident just a little over a year prior. Even with the loss of two of their members, the group rose to the challenge of finishing the album and they did more than deliver the goods. The song showcased their musicianship and chemistry.

Their debut album was fiery and ferocious. It was edgy and powerful. Sadly though, it was a commercial failure. There’s no filler and not one bad song. Every member brought something different and exciting to the table and their musical genius shone through with every number.

Half live, half studio recordings, they were already working on this when Duane Allman was killed in a motorcycle accident on October 29, 1971. They were still riding high from the success of its predecessor, At Fillmore East, when the tragedy happened. Nevertheless, this served as a tribute to Duane who was a massive loss to the band. But it’s hard to deny that the rest of the members had immense talent and it showed in this album. Even sans Duane, they were a force of nature.

This set the bar high for every other live album. It perfectly captured the magic, power, and energy of their live performances. And it was what helped the band break into mainstream. They were catapulted to another level of stardom and even almost five decades after its release, nothing comes close to it.