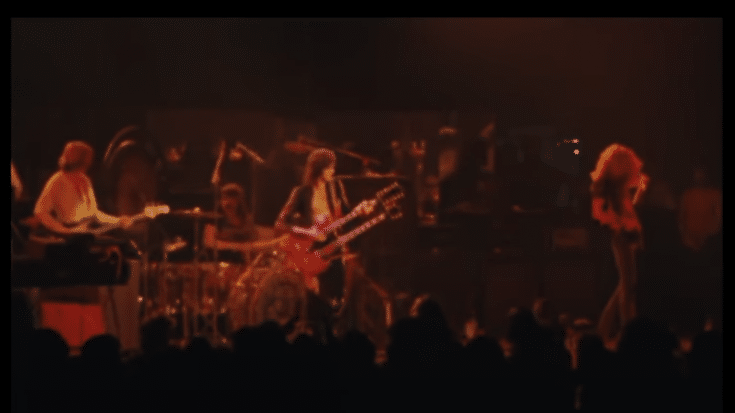 Highlights of Their Career

In 1969, Led Zeppelin stormed into the rock ‘n roll scene with not one but two stunning albums. But that was just the beginning. Critics weren’t impressed with them from the get-go, accusing them of not having their own identity. Rooted in blues and folk music, their own brand of hard rock sound coupled with their virtuosity helped catapult them into greater heights. They had their share of controversies over the years but not even those could take away the band’s greatness.

They may have only released eight studio albums but their songs have aged well and over decades later, they don’t sound dated. Here are twenty songs that best captured their ethos as a group.

It’s the final single they released in the US before Led Zeppelin broke up in 1980. It’s groovy and infectious. Robert Plant and John Paul Jones got the idea for the samba beat after watching the 1978 FIFA World Cup tournament in Argentina. They never performed it live though.

A Led Zeppelin concert staple, it showcased Jones’ impressive skills on the keyboards. The early versions were different from the final one that made the cut because the latter was more intese.

Like other songs penned by Plant, this track had references to J.R.R. Tolkien’s “The Lord of the Rings.” According to Jimmy Page, “‘Battle of Evermore’ was made up on the spot by Robert [Plant] and myself. I just picked up John Paul Jones’s mandolin, never having played a mandolin before, and just wrote up the chords and the whole thing in one sitting.”

Written by Anne Bredon and popularized by Joan Baez, Page heard Baez’s version and he played it to Plant when they first got together. They then reworked the song and transformed it from folk to hard rock. Page recalled, “I used to do the song in the days of sitting in the darkness playing my six-string behind Marianne Faithfull.”

It’s a showcase of John Bonham’s monster skills behind the kit. He would sometimes extend his solo for 20 minutes.

15. The Song Remains the Same (Houses of the Holy)

It was originally titled “The Overture” then “The Campaign” before the band settled with “The Song Remains the Same.” Page told Guitar World, “It was originally going to be an instrumental – an overture that led into “The Rain Song”. But I guess Robert had different ideas. You know, “This is pretty good, Better get some lyrics – quick!” [laughs] … I had all the beginning material together, and Robert suggested that we break down into half-time in the middle. After we figured out that we were going to break it down, the song came together in a day … I always had a cassette recorder around. That’s how both “The Song Remains the Same” and “Stairway” came together – from bits of taped ideas.”

Originally by Jake Holmes, The Yardbirds performed it in concert but never recorded it in the studio. So when Page formed Led Zeppelin, he brought it with him and included it in their debut album. Unfortunately, they did not credit Holmes so in 2010, Holmes filed a copyright infringement suit but it was dismissed in 2012 following an undisclosed settlement between Page and Holmes.

A live favorite, Page often improvised with his guitar solo. He explained to Guitar World, “The interesting thing about the solo is that it was recorded after we had already finished ‘Heartbreaker’ – it was an afterthought. That whole section was recorded in a different studio and it was sort of slotted in the middle.”

This ballad’s working title was “Guide to California”. Page and Plant drew inspiration from Joni Mitchell’s “California.” Bonham sat this one out because drums were not needed.

One of the first songs they worked on after their formation, Plant helped write it but he didn’t receive songwriting credit because of contract issues. Jones said, “This is Page’s riff – you can tell instantly”.

This developed from a jamming session while they were trying to complete “Four Sticks”. Plant told Creem, “We just thought rock and roll needed to be taken on again. I was finally in a really successful band, and we felt it was time for actually kicking ass. It wasn’t an intellectual thing, ’cause we didn’t have time for that – we just wanted to let it all come flooding out. It was a very animal thing, a hellishly powerful thing, what we were doing.”

Their first single released in the US, Page told Rolling Stone: “John Paul Jones came up with the riff. I had the chorus. John Bonham applied the bass-drum pattern. That one really shaped our writing process. It was like, ‘Wow, everybody’s erupting at once.'” They rarely played it live in its entirety though.

It’s one of Led Zeppelin’s songs that stood the test of time thanks to being featured in popular films like School of Rock, The Girl with the Dragon Tattoo, and Thor: Ragnarok. Written during their tour of Iceland, Bath and Germany, Plant remarked: “We weren’t being pompous … We did come from the land of the ice and snow. We were guests of the Icelandic Government on a cultural mission. We were invited to play a concert in Reykjavik and the day before we arrived all the civil servants went on strike and the gig was going to be cancelled. The university prepared a concert hall for us and it was phenomenal. The response from the kids was remarkable and we had a great time. ‘Immigrant Song’ was about that trip and it was the opening track on the album that was intended to be incredibly different.”

One of their longest studio recordings clocking in at over ten minutes, Page said in various interviews that it’s his favorite Led Zeppelin song. To create the massive sound, Page had to overdub 6 guitar tracks.

Led Zeppelin performed it only twice since it was difficult to play in a live setting. It’s a complex song but has remained popular among classic rock fans.

The lyrics were once again influenced by “The Lord of the Rings.” It’s one of their most enduring songs but Plant admitted he’s embarrassed by the nonsensical lyrics and constant Tolkien references.

The opening track to their untitled fourth album, it features a call and response dynamic. It’s highly complex and it basically proved that Led Zeppelin members are virtuoso musicians. Their musicianship is just spectacular.

This needs no introduction. It’s one of the reasons why Led Zeppelin IV is considered a musical masterpiece and their strongest studio effort. The staying power of “Stairway to Heaven” is a testament to the band’s genius.

This blistering number cemented their rockstar status. Page explained to Wall Street Journal, “For the song to work as this panoramic audio experience, I needed Bonzo to really stand out, so that every stick stroke sounded clear and you could really feel them. If the drums were recorded just right, we could lay in everything else.”

Perhaps their finest moment, it took Page and Plant three years to complete it. It’s considered a monumental achievement even for a rock act as big as Led Zeppelin. Plant told Mojo magazine, “‘Kashmir’ came from a trip Jimmy and me made down the Moroccan Atlantic coast, from Agadir down to Sidi Ifni. We were just the same as the other hippies really.”