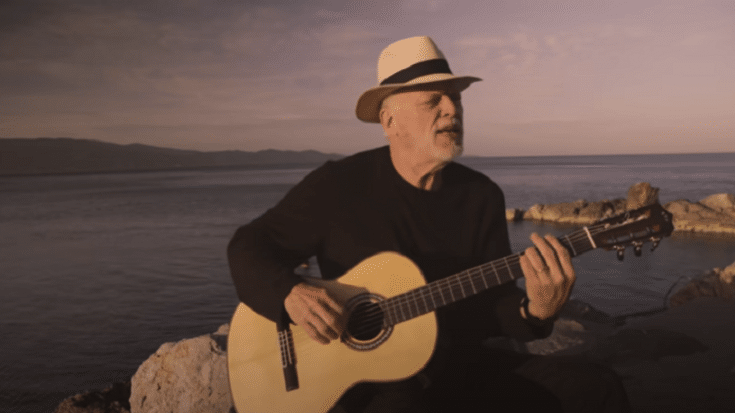 David Gilmour released “Yes, I Have Ghosts” which is his first song in five years and it features his daughter Romany on backing vocals and harp. It was previously available as part of the audiobook edition of the novel “A Theatre for Dreamers” by his wife, longtime collaborator, and author Polly Samson.

In a statement, Gilmour said: “I was working on this song just as we went into lockdown and had to cancel a session with backing singers but, as it turned out, the solution was right here and I couldn’t be happier with the way Romany’s voice blends with mine and her beautiful harp playing has been another revelation.”

Samson previously remarked, “We wanted to explore the creative possibilities of the format and produce something new, refreshing and innovative. Collaborating with David — as I have done many times over the last 30 years, writing songs for both Pink Floyd and his solo albums — we were able to bring together the worlds of literature and music to enhance the listening experience and connect with audiences in a way that I don’t think has been done before.”

Gilmour and Samson, along with their children, have been streaming at-home performances and live Q&As during the pandemic. Check out the song below.