The 10 Songs That Can Represent The Career Of ZZ Top 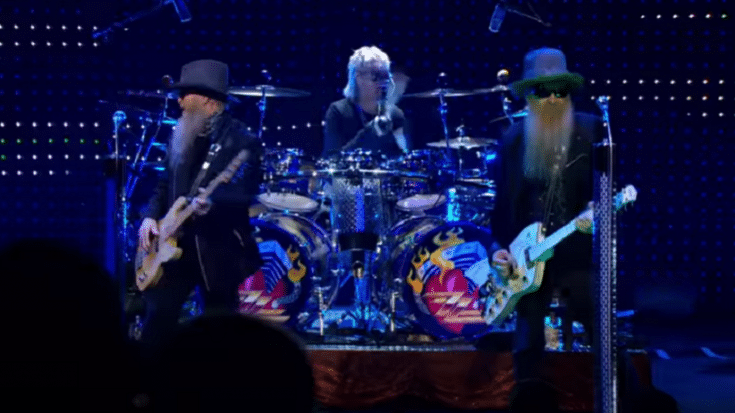 For over five decades, ZZ Top has been one of rock’s most reliable outfits. They like to refer to themselves as ‘That Little Ol’ Band From Texas’ but that’s not entirely accurate because they’ve sold more than 50 million records worldwide, their classic hits are still on heavy rotation in classic rock radio stations, and they have remained relevant even today.

More than a string of successful singles and albums, they’re also known for being stellar live acts. Here are their ten best songs”

A tribute to border stations in Mexico, the first verse of the song refers to their musical influences – “Do you remember back in 1966? Country Jesus, hillbilly blues / that’s where I learned my licks.” When asked whether their song was played “on the X”, Billy Gibbons answered: “We did, in fact. They do not have a pop music playlist, but the song was brought to attention of the station owner, who, it turns out, is an attorney in Del Rio who considers the station his favorite toy. He decided to have a 15-minute pop music segment, and we did get played on XERF and then on XERB in Rosarita. They also have XROC in Juarez. So it went full circle. We heard ‘I Heard It in the X’ on the X.”

This was originally recorded by Sam & Dave in 1968, ZZ Top covered it for their sixth studio album “Degüello.” Gibbons told Rolling Stone, “There was no way we were going to do Sam and Dave exact. But if you’re going to take a shot, make it a good one. That album was our first for Warner Bros., and they were doing such a good job. The song was our message — not only to the fans and friends but to the label guys.”

8. Got Me Under Pressure

Gibbons wrote and recorded the demo version of the track with engineer & songwriter Linden Hudson all in one afternoon. Neither bassist Dusty Hill or drummer Frank Beard was present or had any idea about the session. Gibbons revealed in an interview with Spin magazine that a lot of people asked him if he was singing about a girlfriend of his, or anyone else’s. He clarified, “Well, fortunately that kind of pressure we’re not under. Maybe it’s just because we got out of town on time. I just don’t know.”

One of their most popular songs, Hill explained that they wrote it when they were on the road and every gas station they stopped by had tons of cheap sunglasses displayed on cardboards. They might have been ugly but he bought hundreds of pairs. To get that distinctive sound, Gibbons shared to Guitar World: “There’s also a little bit of digital delay for that Bo Diddley impersonation at the tail out, and a Maestro ring modulator, which produces the strange tag to each verse. It appears three times, and it’s a pretty funny sound. That is one insane effect put to good use.”

Gibbons got the idea for the song when he was a teenager and talking to a friend on the phone named R&B Jr. Gibbons recalled to Rolling Stone, “He had all these colloquialisms. He blurted out “Jesus just left Chicago” during a phone conversation and it just stuck. We took what could have been an easy 12-bar blues and made it more interesting by adding those odd extra measures. It’s the same chords as “La Grange” with the Robert Johnson lick, but weirder. Robert Johnson was country blues — not that shiny hot-rod electric stuff. But there was a magnetic appeal: “What can we take and interpret in some way?””

Gibbons found inspiration for this iconic track while driving in Los Angeles during a downpour. He saw a pretty girl on the side of the road and belatedly realized he should at least help like pull over or offer her a ride. When he got back though, she was already gone. He told Spin magazine, “Her legs were the first thing I noticed. Then I noticed that she had a Brooke Shields hairdo that was in danger of falling. She was not going to get wet. She had legs and she knew how to use them.”

4. Gimme All Your Lovin

The first single from “Eliminator”, their use of synthesizers made it a hit. Van Halen followed suit a few months later. One of the reasons the song became a success was because of its accompanying music video which was on heavy rotation on MTV.

It was their first national hit and it became a staple in their live repertoire. It has been used several times in movies and TV series. Hill explained to Spin, “Tush, where I grew up, had two meanings. It meant what it means in New York. Tush is also like plush, very lavish, very luxurious. So it depended on how you used it. If somebody said, “That’s a tush car,’ you knew they weren’t talking about the rear and of the car. That’s like saying, ‘That’s a cherry short.’ But tush as in ‘That’s a nice tush on that girl,’ that’s definitely the same as the Yiddish word. I don’t know how we got it in Dallas. All it could have took was one guy moving down from New York.”

One of the greatest classic rock songs, it’s about a brothel in Texas that many people knew about. And La Grange is an actual town in Texas. Because it’s based on a traditional boogie blues rhythm used on a John Lee Hooker song called “Boogie Chillen”, Bernard Besman who owned the copyright sued ZZ Top in 1992. Years later, the court ruled that ZZ Top wasn’t liable because the rhythm was in the public domain.

Gibbons was inspired to write the song after watching a movie with a character listed as “Sharp-Eyed Man” on the credits. Hill said in a Spin interview, “Sharp-dressed depends on who you are. If you’re on a motorcycle, really sharp leather is great. If you’re a punk rocker, you can get sharp that way. You can be sharp or not sharp in any mode. It’s all in your head. If you feel sharp, you be sharp.”