The 20 Songs That Can Represent The Career Of Jimi Hendrix 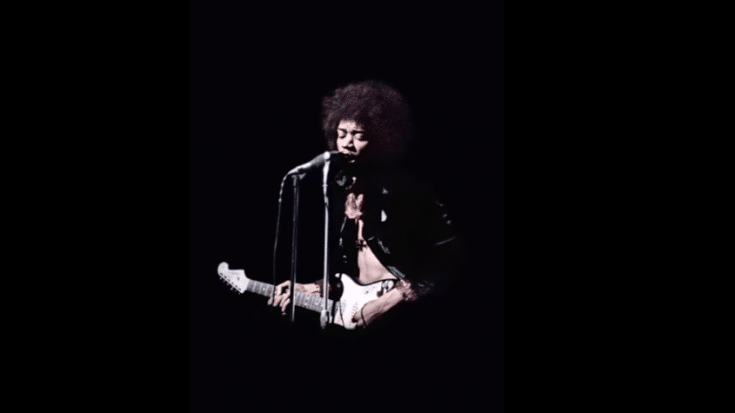 Before his untimely death, Jimi Hendrix managed to churn out three albums in his lifetime. But even with a short-lived career in music, he released records that captured the ethos of The Jimi Hendrix Experience. His classic hits showcased the trio’s mind-blowing musicianship and more importantly, it highlighted Hendrix’s innovative and revolutionary guitar playing. Almost five decades, he remains untouchable.

Here are his twenty best songs:

With elements of R&B/funk, Hendrix once introduced it to the crowd saying: “I hope you don’t mind us jamming a little bit, we’re just messing around … seeing what we’re gonna play next.”

Inspired by a club Hendrix regularly visited in his youth called “The Spanish Castle”, it was a staple in his concerts including his headlining set at Woodstock Festival.

It features the iconic kazoo riff which Hendrix pulled off with a makeshift kazoo using a comb and a piece of cellophane.

It highlights the jazz-influenced drumming of Mitch Mitchell.

One of his most popular songs, it’s likely inspired by Heather Taylor who later married The Who’s Roger Daltrey. But Hendrix girlfriend at the time, Kathy Etchingham, also claimed she’s an inspiration for the lyrics.

Hendrix debuted this on December 31, 1969 at the Fillmore East. It’s featured on his first posthumous studio album “The Cry of Love.”

It was included on the films Easy Rider (1969) and Point Break (1991). Hendrix delivered the goods with his stunning solo.

Hendrix almost always introduced it as “Getting My Heart Back Together Again.” Engineer Eddie Kramer told Toronto’s The Globe and Mail: “It shows a complete at-oneness with his instrument. Jimi had a thought in his mind, and in a nanosecond it gets through his body, through his heart, through his arms, through the fingers, onto the guitar.”

One of the earliest songs the Experience recorded, the live version often clocked in at over 13 minutes. It showcased Hendrix’s virtuosity. ZZ Top’s Billy Gibbons said that when he first he heard it, he was “completely turned upside down”.

11. Castles Made of Sand

One of his most personal tracks, it’s autobiographical and the lyrics were mostly about his childhood.

10. Burning of the Midnight Lamp

According to Hendrix, “That’s really a song I’m proud of. Some people say this is the worst track we have ever done. I think it is the best. Even if the technique is not great, even if the sound is not clear and even if the lyrics can’t be properly heard, this is a song that you often listen to and come back to. I don’t play neither piano nor harpsichord, but I had managed to put together all these different sounds. It was the starting point.”

Interestingly, Hendrix rarely played it live but it remains as one of his most enduring songs.

It’s the song that helped catapult Hendrix to stardom.

It became one of his finest moments as a musician. He told Dick Cavett, “I thought it was beautiful.”

Producer Chas Chandler recalled, “That was recorded at the tail end of the session for “Fire”. We had about twenty minutes or so left. I suggested we cut a demo of “The Wind Cries Mary”. Mitch Mitchell [drummer] and Noel Redding [bassist] hadn’t heard it, so they were going about it without a rehearsal. They played it once through [and Hendrix then suggested overdubs]. In all he put on four or five more overdubs, but the whole things was done in twenty minutes. That was our third single.”

Hendrix’s psychedelic rock sound is on full display here. A lot of people thought it was about drugs but he denied it.

Hendrix proving his versatility as a guitar player and it’s also popular among other rock guitarists. Tom Morello revealed to Rolling Stone, “It’s just this gorgeous song that, as a guitar player, you can study your whole life and not get down, never get inside it the way that he does. He seamlessly weaves chords and single-note runs together and uses chord voicings that don’t appear in any music books.”

1. All Along the Watchtower

A Bob Dylan original, Dylan said: “I liked Jimi Hendrix’s record of this and ever since he died I’ve been doing it that way … Strange how when I sing it, I always feel it’s a tribute to him in some kind of way.”