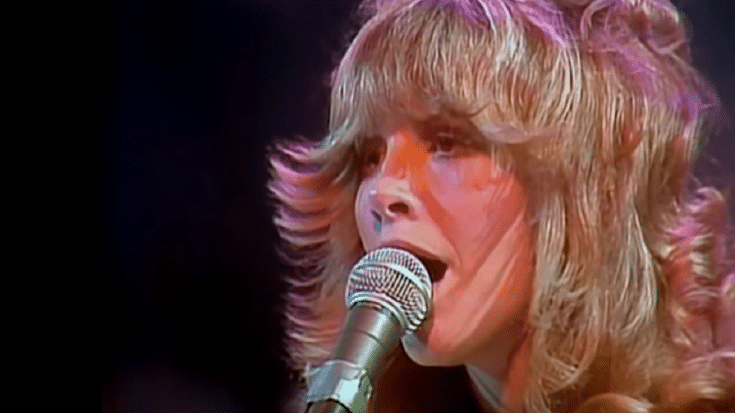 Bow Down To The Queens

Rock ‘n roll used to be dominated by men but by the 1960s, more and more women were gracing the stage. They joined bands or they went solo – either way, they proved that they could rock just as hard as their male contemporaries. And more importantly, the likes of Janis Joplin and Patti Smith helped empower females and inspire them to follow their passion.

These women are more than just pretty faces – they’re talented, fearless, and they knew how to stand out.

Chrissie Hynde was a prominent figure in rock ‘n roll during the late ’70s. She’s a singer-songwriter and her vocal performances made her one of the best singers in the rock scene. “Brass in Pocket” propelled The Pretenders to stardom but interestingly, Hynde wasn’t too crazy about it and she even told her producer that “he could release it over my dead body.”

Debbie Harry’s a punk rock icon and as the vocalist of new wave group, Blondie, she was responsible for most of their classic hits. She was way ahead of her time and she didn’t follow trends, she created them. “Heart of Glass” topped the charts in UK and US and remains timeless today.

Feisty and gritty, Pat Benatar’s impeccable singing chops are jaw-dropping in her cover of this Jenny Darren original. Benatar took the song and made it her own. She followed this up with a string of unforgettable tunes and basically helped pave the way for other future female rockers.

Another prominent figure in psychedelic rock, she had charisma and stage presence that could rival her male counterparts. She rocked hard and partied even harder. More than her talent, she LIVED the rock ‘n roll lifestyle. And “White Rabbit” has never gone out of style. Slick may have retired from the public eye but her legacy will go on. Besides, younger musicians covered “White Rabbit” and therefore made it immortal.

Stevie Nicks was truly a force of nature – she had one of the most distinctive voices in rock, wrote several masterpieces, and even today, she remains a pop culture icon. From fashion to music, she became a household name. And “Rhiannon” is perhaps her finest work and she used to introduced this as a song “about an old Welsh witch.” There are several other covers but it’s Nicks who made it more magical.

She’s a poet and a punk genius. Though she based it on Van Morrison’s “Gloria”,  Patti Smith changed the lyrics which only added to its punk flavor. She’s a stellar singer, talented poet, and even her literary works are impressive. She had the angst and attitude that made her an icon in punk rock.

This needs no introduction. Everyone wanted to be Joan Jett – she’s talented and beautiful but she could also out-perform other male rockers of her time. “I Love Rock ‘n Roll” elevated her to god-tier status in rock and in turn, she also inspired countless other women to follow her footsteps.

Even with her short-lived career, Janis Joplin was a force to be reckoned with. Her distinctive rasp and soulful vocals – they belonged to her and only to her. You can better appreciate the sheet beauty of her vocals with this acapella piece. That’s what made “Mercedes Benz” a real standout in her catalogue.

Who would have thought two sisters with a cute band name could go this hard? It’s heavy, mean, and monstrous. Anyone who thought females couldn’t do hard rock and heavy metal was blown away by Heart’s “Barracuda.” It’s a badass through and through!