Craziest Things That Happened In The ’70s 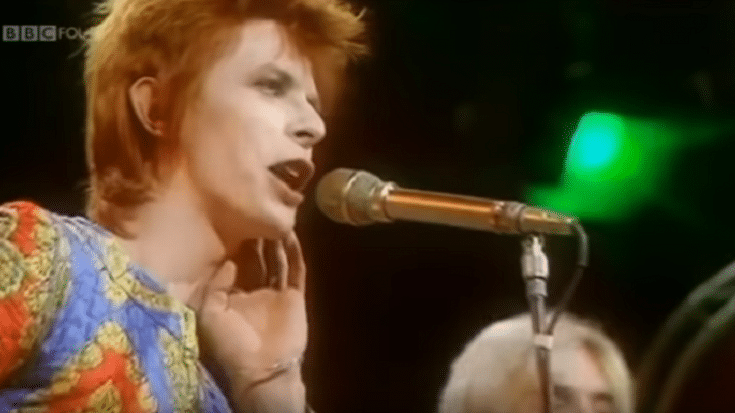 Just like every other decade, the 1970s had its fair share of highs and lows. From government scandals to musical breakthroughs, there were so many things that happened that it was quite hard to keep track of them. Sports, rock ‘n roll, movies, NASA, technological advancements – there were numerous pivotal moments in this era.

For now, we’ll take a look at the craziest stuff that occurred – so crazy that not even time could diminish their shock value.

Bowie was at his creative peak in the ’70s. He owned that decade. He didn’t just release groundbreaking albums, he actually adapted several alter egos like Ziggy Stardust and the Thin White Duke. He was evolving both as a musician and a fashion icon.

9. The Beatles break up

It wasn’t the end of Beatlemania but it did signify the end of an era. The Beatles, with their countless classic hits and critically acclaimed albums, were no more. Then again, it was also the start of something fresh and exciting – as the members pursued solo careers, they were able to release themselves from creative constraints and therefore managed to create musical masterpieces individually.

It changed the way we watched TV shows. It catapulted the original cast to stardom. John Belushi was one of them. He’s a notorious impersonator and when he made a parody of Joe Cocker, it was a huge hit. It was so incredibly perfect and had such an uncanny resemblance to Cocker himself that it became the stuff of legends. And the big bonus? Belushi could belt out soulfully too!

7. The Battle of the Sexes

55-year-old Bobby Riggs publicly announced that even at his age, he could beat ANY woman at tennis. 29-year-old Billie Jean King accepted the challenge and beat him in three sets. She won the $100,000 prize and her victory became a statement to females everywhere – that they could win over their male contemporaries.

From rockstars to Hollywood celebrities to the average Joe, acid tripping was extremely prevalent. It even became part of the culture.

It’s basically the Tide Pod Challenge of the 1970s. Philadelphia Eagles all-pro linebacker Tim Rossovich showed the public he was so tough that he could eat glass from beer mugs. Then, a Harvard student wanted to prove that Rossovich wasn’t that special so he too, ate a lightbulb. And what do you know, the fad caught on among university students. Obviously, authorities had to step in.

In 1972, the Palestinian terrorist group Black September attacked during the Summer Olympics held in Munich, West Germany. All the Israeli Olympic team members they took as hostages were killed.

In 1978, Peoples Temple cult leader Jim Jones convinced over 900 of his followers to commit “revolutionary suicide” at a remote settlement in Guyana. No one could refuse when he told everyone to drink cyanide-laced punch. There were reports, however, that those who refused to drink were instead injected with the poison.

2. The arrest of Ted Bundy and Charles Manson

Charles Manson founded the “Manson Family” which was responsible for several murders including that of actress Sharon Tate. He was imprisoned on April 22, 1971 and on December 13, 1971, was convicted for first-degree murder.

Serial killer Ted Bundy was arrested on August 16, 1975. Although he confessed to 30 homicides, it was believed that the actual number of victims was a lot higher. He was executed in the electric chair in 1989.

1. The deaths of Jimi Hendrix, Janis Joplin, and Jim Morrison

Both Hendrix and Joplin died in 1970 while Morrison was found lifeless in his bathtub in 1971. They were all members of the 27 Club.