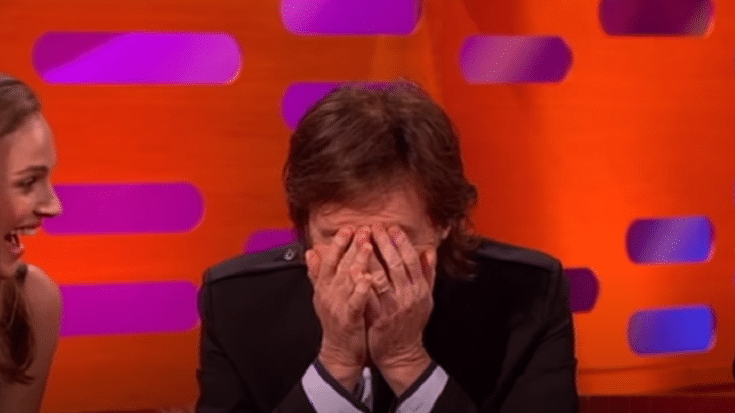 In an episode of The Graham Norton Show in 2014, one of the guests included none other than Sir Paul McCartney. Along with Chris Hemsworth, Natalie Portman, Katy Perry, and James Corden, host Graham Norton presented them with their own action figures.

For Paul McCartney, it’s packaged in a ziplock and doesn’t exactly look like him. Even the outfit looks, ehm, not Paul-ish. Macca commented that “It’s a little sideline of my Auntie Valerie” which made everyone in the audience laugh. Check out his hilarious reaction below.

Meanwhile, in a recent interview with GQ magazine, McCartney talked about how lockdown is for him. He said, “I’m lucky, because what I do, it all starts with writing, and I can pretty much do that anywhere, so long as I’ve got a guitar. I like having stuff to do, as it keeps the brain busy. And on top of all my projects, I’ve had the luxury of just being able to sit down and write songs for no reason, which is great. It keeps me off the streets.”

He’s definitely been keeping himself busy ever since the start of the pandemic. Maybe we can look forward to a new album from Macca after this.